Even as I was imagining a future in which classrooms are a mass of sponsored product placement, folks were pointing out that such brand-building bribery would be illegal in many states where it is against the law for a teacher to get any money from anywhere. 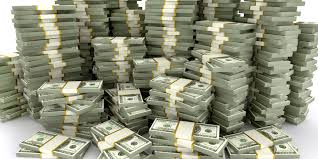 Consider this recent story from Washington state, where the Evergreen School District has put its foot down and stomped heavily on the neck of crowd-funding contributions to classrooms. Amy Johnson, a third-grade teacher at Evergreen School District's Riverview Elementary School has used Donors Choose, a crowdfunding site, since 2010. 2,000 books. Math manipulatives for everybody. Those are just some of the benefits to Johnson's students. But the district says the state says that teachers must knock it off.

I've read accounts of this sort of ban popping up here and there, and one popular theory about why is the notion that districts and/or states are ashamed that outsiders have to make up for the lousy job they do of financing their schools. But the Evergreen article offers a more practical explanation:

The Washington State Auditor’s Office advised the district that a policy needs to be put in place to ensure that the money is properly handled, and that the items are designated as district property and put in the district inventory.

Money is control, and what school districts don't pay for, school districts can't control. Money that doesn't pass through the district's financial office is suspect, and objects that exist within the four walls of a district school-- well, all those objects must clearly belong to the school district.

On the one hand, I sort of understand this. Sort of. The public school district acts on behalf of taxpayers and the taxpayers are entitled to know how money is spent within the district. And what you don't pay for, you don't have say over. This is why I'm alarmed rather than heartened that some members of the Trump administration without being paid; to me, that's just a way for them to tell the US taxpayers, "We do not work for you."

But because money is power, these money issues often become the proxies for power issues. The school, for example, where the principal tries to control staff activity by keeping just one copy machine where they can't get to it, so the parents collect money and donate a copy machine which the principal then turns down. This happens for no reason other than "nobody is going to tell me how to run my building."

And Evergreen has also tried to shut down teachers personal out-of-pocket spending, offering a kind of sulky petulant explanation:

“We do stock a classroom to the point where teachers can conduct classes and kids have supplies,” [District spokesperson] Spolar said.

So, you know-- what more do you want?

The two versions of a classroom-- the branded sponsorship and the only-what-the-district-gives-you-- represent two sides of the same issue. School districts and states don't want to spend enough money on schools, but they also don't want the kind of power sharing that comes with pursuing other sources of revenue. Little sell-outs come with boundaries that make them acceptable (all Pepsi wants in return for this contribution is a big sign on your scoreboard) or justifiable to most folks (all the army wants in return for their check is a chance to make a pitch at a football game, but hey-- it's the US Army).

There haven't been big fights about teacher contributions because although the vast majority of teachers (I'm betting-- I have no data on this) buy supplies for their own classroom, it rarely occurs to them to act as if they own those supplies).

And sometimes this sort of thing is kept kind of quiet. For instance, a school that has an athletic trainer on staff-- whose salary is paid by a private individual.

But the bottom line is simple. Most schools need more money, and most state legislatures aren't going to give it to them. In fact, through charters and vouchers and various other reformy programs, many legislatures are busy making sure that public schools have less money and fewer resources. (Not important, they say, even as the rich and powerful make sure to send their own children to schools with massive funding and tiny class sizes.) So where will additional funds come from? From staff? From crowd-sourcing? From contributors? All are possible, and yet all require school district administrations to give up complete control of their own operations.

A money gap is a power gap, an invitation for someone to step in and trade one for the other, and districts can be managed by people whose desire to hold onto power is huge (and yes-- I am completely aware that this is exactly the sort of bullshit that makes people more interested in charter/voucher/choice systems).

Solutions? Well, one is for teachers to go tell their administration to get stuffed and keep using whatever resources they can come up with. Or administrations could just treat teachers as if they were fully-grown-up professionals who can be allowed to pursue whatever avenues they can come up with that don't compromise the integrity of the school. Another is for administrations to find ways to incorporate contributions rather than barring the door and grabbing tightly to the reins. The best solution would be for legislatures to fully and adequately fund the schools in their state, even and especially the underfunded schools where Those People's Children attend. We'll see which solution is most likely to occur. In the meantime, Amy Johnson had to take her Donors Choose page down. Her students will have fewer resources this year, but at least Johnson will remember who's boss of her.
Posted by Peter Greene at Monday, September 04, 2017
Email ThisBlogThis!Share to TwitterShare to FacebookShare to Pinterest