The Geography of Reform

It's an oft-repeated reformster refrain. 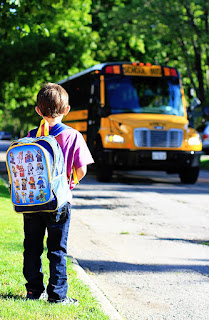 Students trapped by zip code in failed schools. Paul Ryan offering a lifeline for trapped students.  And here's Betsy DeVos at a recent speech, explaining some of the fundamental flaws of our terrible awful no good very bad public education system:

The system assigns your child to a school based solely upon the street on which you live.

We get these repeated versions of the same question-- why can't students leave their zip code to attend a quality school?

I believe that's the wrong question. Here's the one we should be asking--

Why can't every single student attend a great school without leaving their own community?

Really. Why should a student have to leave her friends, neighbors, the familiar sights and sounds of her neighborhood? Why should she have to travel far from home to get a good education? Why shouldn't every community get the chance to create and support a great school that reflects the community and serves every child in it?

That's the promise of public education-- that every community will get to create its own school to serve all of its students, even as it strengthens the ties that bind that community together.

But why not give non-wealthy students the choice that wealthier families get? Sure-- but when those families get to choose, what do they choose? They choose to attend a good school in their own community. So I agree-- let's give that choice to everyone.

I know the counterarguments. My ideas is great, but we already know that many communities are not living up to that promise. Reformsters used to say, "Children can't wait for us to fix those schools." They stopped saying that so much about the same time they started saying that charters should have three or five or ten years to get their acts together. They stopped saying it about the time they started arguing that regardless of education quality, choice is its own excuse for being. Choice for choice's sake is good enough. Except that people don't choose choice; they choose a good school in their own community.

And we're past the point of arguing that a charter school Somewhere Else knows a secret about education that couldn't possibly be implemented in the community's own public school. There is no secret sauce-- just lots of money, plenty of resources, and a carefully selective student body.

Which brings us back to another flaw of choice. Nobody in the choice camp ever says, "Let's rescue ALL of the students who are trapped in that failing zip code." No, we're just going to liberate some trapped students, leaving the rest still trapped there while we let the failing school keep failing, or even failing harder as resources are stripped from it.

And while not all reformsters are guilty, we have to acknowledge the ugliest idea behind the geography of reform-- some reformsters believe that some communities deserve their crappy schools, and that while there may be a few worthwhile strivers worth liberating that zip code, by getting them the hell out of there, we certainly don't want our tax dollars going to improve the community for Those (brown, black, and/or poor) People.

None of this really answers my question-- why can't every child attend a good school in her own community? Too expensive? Too hard? Nobody actually knows how to do it? Some communities don't deserve it? We don't want to? Those all seem like lousy, particularly for a nation that put a man on the moon and an army in Afghanistan.

Why can't every child have a good school in her own community?

Why can't every child have a good school in her own community?

I'll keep asking till I hear a good answer.