Eva Moskowitz was given some space by her buddies at the New York Post to run one more advertisement for her Success Academies, this time featuring a twisty interpretation of recently released test scores. 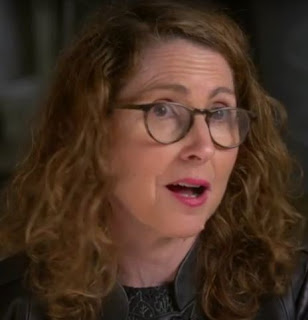 She actually starts from an accurate place, noting that the mayor and chancellor are not really entitled to victory laps about the test results because, as State Ed Honcho Elia already noted, this year's test results are not comparable to last year's. It's a different test, taken under different conditions (most notably, a non-time-limit condition for this year's test). The Big Standardized Test in New York was arguably massaged not to improve its ability to collect useful data, but to make it more politically palatable.

After Moskowitz notes that test conditions make "apples-to-apples comparisons with prior years impossible," she then proceeds to make apples-to-oranges to tout the results at Success Academy. In Moskowitz's worldl, it is, literally, only okay for charter schools to make comparisons between this year and last years test results.

Charter scores went up this year by a big chunk. That could mean any number of things, including that charters are getting really good at gaming the test and at identifying the kind of students who will help them do it. It's a good example of how folks can play with statistics. For instance, Moskowitz can say it this way:

The benefits to minority students of receiving a charter-school education are particularly remarkable. An African-American student is more than twice as likely to be proficient in math if he attends a charter school rather than a district school (48.8% vs. 20%), and a Hispanic student is nearly twice as likely (46.9% vs. 24.4%).

But we could also read that data to mean that an African-American student who is proficient in math has twice as much chance to be admitted by a charter school. That data don't show that the charters are good at anything except selecting students. When Moskowoitz takes over a NY neighborhood school and keeps every student there for the duration and then gets these kind of results-- then, and only then, will she have anything to brag about.

She also plays games like imagining what would happen if we called the trend of the last three years a linear progression and extended it forward. So if my ten year old has grown three inches over the past three years, I can reasonably assume that he will be ten feet tall when he's forty, right?

And there's this little irony nugget as Moskowitz bemoans the city's unwillingness to let her have all the charters she wants:

While the administration is thankfully not making any more efforts to evict charter schools from their buildings or force them to pay back-breaking rent, it has settled into a cold war in which charter schools are begrudgingly tolerated and subtly undermined.

Kind of like charters like Success Academy barely tolerate and subtly shove out students who don't help them get good scores.

Moskowitz refers to all of this as "uncomfortable truths," but the uncomfortable truths about the B S Test in New York is that even if you could argue that this test is not junk to begin with, more than one of every five students didn't take it. Whatever results you have from this year and last year (when 20% opted out), those results are meaningless. The feds themselves, in demanding that 95% is the minimum acceptable participation, have underlined that 80% or 78% participation gets you junk data as results.

New York's BS Test is now, for two years running, a tremendous waste of time and money. Folks can try to spin it into marketing gold, but there isn't enough substance there to even scrape together a decent hill of beans.