You may recall that almost a year ago, President Obama and his administration announced that they'd noticed that testing was out of control in schools, and maybe somebody should do something about that. (Actually, if your memory's good, you may recall they had the same epiphany two years ago.)

This led to the announcement of a Testing Action Plan that did not so much rearrange deck chairs as it combed the fringes on the pillows on the deck chairs. The administration position on out-of-control testing has remained--

1) The bad testing is all that other stuff that's going on, not our stuff
2) Big Standardized Tests are still an absolutely crucial part of education
3) Teachers, students, schools, and maybe college teacher prep programs should be judged by BS Tests
4) We have no idea why schools and teachers started acting as if their entire careers depended on test results. We cannot imagine how such an idea got around.

But the Testing Action Plan had seven big guiding principals that were going to get the testing monkey off America's back. 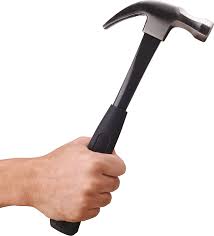 In the last year, we've accomplished on #4, which is the item on the list that absolutely shouldn't be accomplished. The rest of these? Bupkus. Zip. Zero. In fact, the only thing that has happened on the list of Things To Improve the Testing Situation is this one

8) Congress will pass a new ESEA that takes away some of the Department of Education's power to be an intrusive, oppressive, test-demanding agency.

And we still don't know how that's going to shake out. Most notably, the new law says that 95% BS Test participation is absolutely required, even though it also says that parents totally have the right to opt their children out of the test. I suppose both could be true. The feds could be saying that parents have a right to opt out and states have a responsibility to punish them for doing so. Keep your eyes on New York, where a concerted state effort resulted in opt out numbers going up last year. Will the feds punish New York? Will New York punish the districts, or the parents and students of those districts? Let's all pay attention. Remember-- a law that nobody has the guts to enforce is kind of like no law at all. And that is how bad laws die.

But I digress. The Department of Education is back, ready to "build on" last October's plan with a new Testing Action Plan sequel.

As has often been the case, the plan rests on a grant competition (because if something is worth doing, it's really only worth doing a select few-- everyone else can just sit in the winners' dust moping). This year USED will be "focusing on working with states to improve the quality of testing items, ensure effective public reporting of scores and results, and reduce unnecessary testing."

"The President's Testing Action Plan encourages thoughtful approaches to assessments that will help to restore the balance on testing in America's classrooms by reducing unnecessary assessments while promoting equity and innovation," said U.S. Secretary of Education John B. King Jr. "This grant competition is the next step as part of that plan, and will help states and districts improve tests to allow for better depiction of student and school progress so that parents, teachers, and communities have the vital information they need on academic achievement."

And that is an impressive mountain of baloney. This is a failed weather person who says, "You know, we've put way too much emphasis on using reading the bumps on toads for our predictions, so we're going to fix that by getting better toads, coming up with new ways to examine the lumps, and typing the predictions in a new font."

When done well and thoughtfully, annual assessments can provide meaningful information and provide clear, objective and actionable data that can be used to improve academic outcomes and promote equity for educators, families, the public, and students.

Yeah, I'm not sure that's true, at all. In terms of "actionable data" for "improving academic outcomes," there's probably nothing much worse than a single annual assessment. It is possible it could be used to help "promote equity," but only if it were followed by a useful response ("Clearly this school needs additional resources and support from government-- let's get them the help they need") and not a useless one ("Hey, this school is failing, so let's cut it off at the knees and get some charters in here so that a tenth of the kids can get into a nice private school that helps some hedge fund guys make a buck"). And if you start with the question, "How could we best improve equity in this country," nobody;s first answer would be, "With a standardized test!"

So what exactly will the USED be looking for in this next race to the trough?

The Department will select winners that demonstrate a focus on (1) collaborating with institutions of higher education, other research institutions, or other organizations to improve the quality, validity and reliability of state academic assessments; (2) gauging student academic achievement using a variety of measures; (3) charting student progress over time; and (4) evaluating student academic achievement through the development of comprehensive academic assessment instruments, such as performance and technology-based tools.[numbers inserted by moi]

1) Note "or other organizations," as that opens the field up to test manufacturers like Pearson. Give this credit for being an achievable goal, as making BS Tests more reliable or valid is as tough as making a desert more wet.

2) Well, that's sufficiently vague to mean anything at all. But it probably doesn't. Heck, it could even admit the cool new business of assessing whether or not the student is a good person.

3) More data storage, and like 2, an invitation to competency based education platforms to join the fun.

4) Did I say "invitation"? This is more of a promise to pick CBE up at its apartment and drive it wherever it wants to go.

Applications for the grant are due by late September.

Here's a list of things the administration doesn't know.

1) It doesn't know that an assessment instrument has to be created to collect particular data for a particular purpose, and that if you use the assessment for some other purpose, it's as counterproductive as trying to drive screws with a jigsaw.
2) Creating a large-scale assessment that can just be used for a whole bunch of stuff is like thinking that the only tool you need is a hammer.
3) Saying "we're going to use computerized technology" first and then figuring out "for what" second is backwards, and likely to yield technology that nobody uses.
4) Standardized tests are not useful for measuring anything except a student's ability to take a standardized test (though they can also show socio-economic background).

The grant competition is for a whopping $8.86 million, and maybe I've been reading about too many elections lately, but that seems like chump change once you've divided it up between states. Also, the Department expects to announce the winners in January, 2017, and, I don't know, isn't DC going to busy with a few other issues right around then? I can hardly wait to see where this "test enhancement" falls on the new administration's to-do list.