What Joe Biden Actually Said (Or: How To Distort News By Omitting One Word)

After Joe Biden delivered some marks at the reception for the Teacher of the Year, and some on the right were quick to claim a gotcha, and it has continued to spread. Even if it takes active misquoting to do it.
The RNC kicked things off with a tweet:
Biden to teachers: ‘They're not somebody else's children. They're yours when you're in the classroom.’"
The Daily Wire had things both ways. The body of the article gets the quote right, but the headline says
Biden Tells Teachers: Children Are ‘Yours When They’re In The Classroom’ 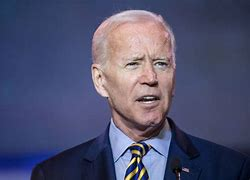 While that quote is not technically inaccurate, it's not the truth, either. The idea, of course, is to play to far right assertion that the damned government thinks it owns your children when in fact you do (even as teachers and parents are mostly aware that children are not actual property). But that talking point has turned up at the Gateway Pundit, and from there metastasized into this terrible op-ed by Jerry Newcombe at Christian Post with the headline saying "I only wish it were a gaffe." Newcombe is a God and Country guy, a buddy of D. James Kennedy, and an author of works like How Would Jesus Vote. This Christian Post piece is a fine example of the kind of moral panic being sown on the religious right these days.
Biden said to teachers: “They’re not somebody else’s children. They’re yours when you’re in the classroom.”

Excuse me? Teachers suddenly supplant the children’s parents when the school bell rings?

The left doesn’t get it. They really do think the state owns the children.
Except, of course, that Biden didn't say that. This is one of those cases where altering a quote by removing just one word and also stripping the quote of context allows you to make it mean what you want it to mean. Here's a fuller quote:
We always talk about 'these children.' They're not someone else's children. They're our children. And they are the kite strings that literally lift our national ambitions aloft in a literal sense. Think about it. If you got to do one thing to make sure the nation succeeded in the next two generations, what would you do? You'd want, I would say, literally, have the best-educated public in the world. Have our students gain confidence enough to know what they can do, to reach in. We have an obligation. We have an obligation to help them teach and reach their potential.

You've heard me say it many times about our children, but it's true: They're all our children. And the reason you're the Teachers of the Year is because you recognize that. They're not somebody else's children; they're like yours when they're in the classroom. You represent a profession that helps them gain the confidence — a confidence they believe they can do anything.
Emphasis mine, because I didn't want you to miss that word that so many just skipped over.
As one commenter on the Newcombe piece suggested, this does raise a question. Don't you want to have teachers treat your child as if the child were their own, as opposed to saying, "Hey, you're not my kid, so if you want to flunk math or take a nap or skip class to go chase squirrels through traffic, that's not my problem."
But the current rhetoric is aimed at gutting trust for teachers and public institutions, and this fills the bill nicely. It's one more way that portions of society are currently determined to tell teachers that they are bad for students. Terry McCauliffe offered a perfect quote to hand victory to Glenn Youngkin, but when your political opponents don't say exactly what you need them to, you can always just manufacture the quote you want.
Posted by Peter Greene at Monday, May 09, 2022
Email ThisBlogThis!Share to TwitterShare to FacebookShare to Pinterest