NH: Hillsdale Is Coming To Town

In 2020, the Monadnock Freedom To Learn Coalition was formed in Hancock, NH, apparently for the sole reason of launching a local charter school. So far, they're doing pretty well.

MFTLC's leadership team includes Leo Plante. Plante is an immigrant to the state, having retired from the investment banking business. In 2020 he ran for the legislature, taking the pledge of no new taxes. He has particular taxes in mind.

“Education is kind of my main issue, and education reform is what I desperately want to see in this state,” he said. Taxpayers are being charged too much per student, Plante said, and lawmakers need to find new ways to make the K-12 experience more beneficial and efficient for students.
Plante has made friends with the Free State crowd (you can read more about their approach to public ed here). He claims the "zeal of a convert" and says “This whole ‘Live Free or Die’ motto, to a lot of people, doesn’t mean anything — but to people who are transplants here, it means a lot.” When running for office he promised to push for a charter school in Dublin.
Also on the team is Richard Merkt. Merkt is a former New Jersey pol who served in the legislature, mounted an unsuccessful campaign for governor, and, for his day job, served as legal counsel for various corporations. He retired and moved to New Hampshire, where he ran an unsuccessful campaign for the legislature in 2020 (he came in dead last out of eight candidates). His campaign themes included "lower taxes and smaller government" (also, his favorite book is the Lord of the Rings trilogy).
Other members of the group include Augusta Petrone, whose husband was a US ambassador to the UN. She was the 1984 chairman of the Reagan-Bush campaign in Iowa. They've been involved in several GOP campaigns, and were Honorary New Hampshire Co-Chairs for the Rudy Giuliani campaign in 2007. There's also Fred Ward of Stoddard, who once wrote a letter to the editor complaining about illegal migrants being bused and flown to settle in New Hampshire.
The chairman of MFTLC is Barry Tanner. Tanner is a CPA whose work has been in the "private equity-backed healthcare services sector" biggest job has been as CEO of Physicians Endoscopy, LLC located in PA. All in all, the group seem like an interesting assortment of folks to decide to get into the education business.
In July of 2021, Tanner submitted an application on behalf of the Coalition for Lionheart Classical Academy, stating the intent to open in 2022 with 148 students K-5 and expanding by 2026-27 to 355 students K-9.
The school, the application states, will provide students "a full and complete liberal arts education that will challenge them to excel both in learning and in character," producing students who are "highly literate" and also "virtuous." They cite E.D.Hirsch. And they planned to collaborate with Hillsdale College's Barney Charter School Initiative. They would use Core Knowledge, Literacy Essentials, and Singapore Math, combined with "traditional" teaching methods. Students would receive explicit phonics instruction, explicit English grammar instruction (including sentence diagramming), ability grouping, and the Socratic method. The application covers extensive details of a fairly transparent governance model.
The application (53 pages) is an interesting look at how a classical academy expects to run, but it's a deeper rabbit hole than I want to travel down today.
The application was accepted, and Lionheart Academy acquired a location in Peterborough, and it will be a Barney Charter School Initiative School.
Hillsdale is a Very Religious college located in Betsy DeVos's Michigan; you can find a compact history of the school here. They're an old school and always explicitly Christian, but in recent years they have become increasingly Trumpy and MAGA. The Barney Initiative was their earlier foray into charter schooling. 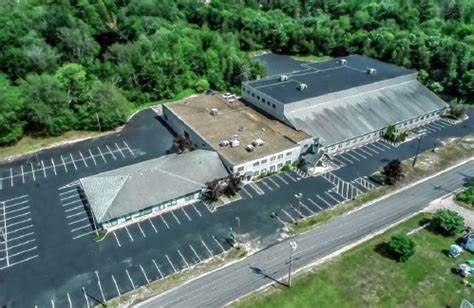 The Barney Charter School Initiative, started in 2010 to help 20 charter schools based on classical curriculum. The Barney mission statement used to include the goal "to recover our public schools from the tide of a hundred years of progressivism that has corrupted our nation’s original faithfulness to the previous 24 centuries of teaching the young the liberal arts in the West.” They also turn out to use a religious curriculum. Hillsdale also offers materials that can be used to supplement education plus a whole raft or resources for home schoolers.
Literacy Essentials, one of the resources that the charter says it will use, is produced by Hillsdale, which calls it "a comprehensive literacy program for grades K-3 that combines the sound linguistic theory of an Orton-based literacy program with an easy-to-use format and a beautiful style." With phonics. The website also lists The Rigg's Institute program, which emphasizes phonics and learning styles.

One concern with a Hillsdale charter program is the school's emphasis on Christian content, but Lionheart's executive director (and member of MFTLC) Kerry Bedard says the school will not be "using the religious or faith-based aspects of the curriculum. In other interviews, she has explained that the curriculum will call for a “centrality of Western tradition” and “a rich and recurring examination of American traditions.” It will focus on classical education, which has a focus on virtue and moral character. "Maintaining that separation seems... challenging. But New Hampshire, at least for now, prohibits spending public tax dollars on religious schools, so the distinction has to be made.
Lionheart is looking for a solid start, having scored some big bucks from New Hampshire's slice of the federal Charter School Program--reportedly a full $1.5 million. Meanwhile, Bedard has been going to bat for the school in the press, arguing that they are transparent, cheap, and effective. In an interview, she told a reporter, regarding the school's classical curriculum, “It is going back to the way education was done for thousands of years. It’s an education that frees us to be fully human." There will be uniforms, and Latin for third and fourth graders.
The school has received permission to increase its initial enrollment, after holding an enrollment lottery. It has a principal: Elizabeth Wilber, who previously spent a decade as teacher and administrator at the New England Classical Academy in Claremont, NH (coincidentally, the town where I spent my single-digit years). It has hired part of a staff, and its marketing leans heavily on the "tuition-free" aspect of this "entrepreneurial, educational venture." The school's location, a 56,640+ square foot industrial and office site listed at almost $3 million, but apparently sold for $900K--that conversion job is apparently near completion. Soon Lionheart will be New Hampshire's first Hillsdale-connected charter school.
It remains to be seen how much of the school's work, funded with federal and local tax dollars, will be free of Hillsdale's religious influence, and given the Maine charter case before the Supreme Court, it may not matter. If SCOTUS says that charters must be allowed to include religion on the taxpayer's dime, Hillsdale, both in New Hampshire and elsewhere, is perfectly positioned to take advantage of the freedom to indulge in its own brand of indoctrination. Buckle up, New Hampshire.
Posted by Peter Greene at Wednesday, May 18, 2022
Email ThisBlogThis!Share to TwitterShare to FacebookShare to Pinterest