Nobody had a bigger impact on the trajectory of my life than Miss Gause.
She was my fifth and sixth grade music teacher. She was not, it should be said, the kind of teacher who had a warm, fuzzy lifelong Mr. Chipsian teaching career, and she made some dubious choices (like the three and a half hour music program she put on one year). But she did not let the boys sitting in the back being too cool for singing simply drone-mumble away, but confronted us in sometimes-agonizing moments of demanding that we actually listen to the pitch and try to match it. The year before her arrival, I took the usual music aptitude test used to screen students for an instrument and flunked. The next year, I qualified. 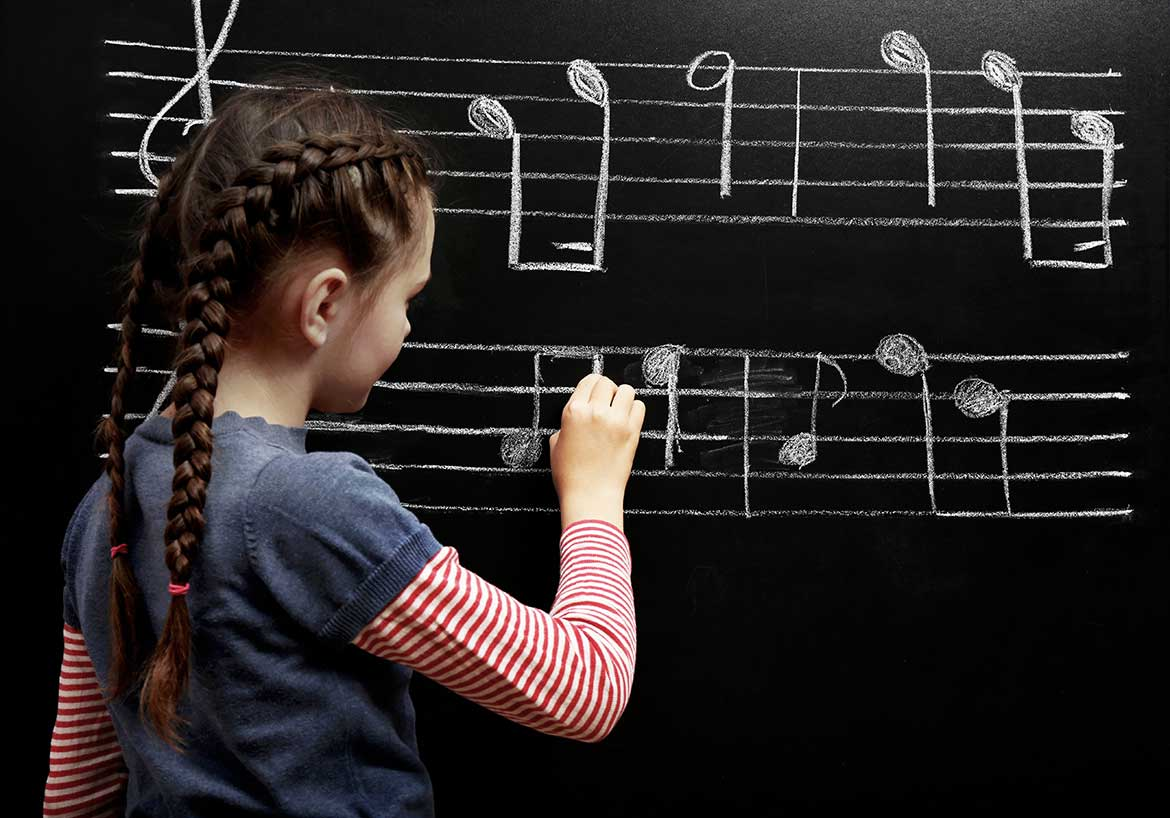 Every high school program produces some future music teacher and professional musicians, but my high school band director Ed Frye fostered not only pros but people like me--people who would never be professionals, but who would always follow music as an avocation. I've played in bands, worked in community theater, led a church choir. Most of the significant relationships in my life came via music.
So we're clear here. I was an English teacher, but I'm a huge proponent of arts and music education.
We have a weird, dichotomous relationship with music in this country. On the one hand, we consider it a necessity. We'll shell out money for streaming services, require a sound system in our cars, and readily embrace each new advance of technology that allows us to include more music in our personal bubble. Some of us pay big bucks to hear music live. And we expect music to enrich everything else--television, movies, gaming, advertising, every public and private occasion. Most of us do not go a day without it; many of us don't even go a waking hour without it.
And yet, we continue to treat music education as some sort of extra, like a lace doily to set under a piece of cake, and not the cake itself. It is always treated as expendable, as something that's not so necessary. Sometimes the cutting is truly non-sensical. I've heard more than one tale of a district that doesn't want to hurt its high school marching band program, so they cut back on elementary programs instead, as if marching band members will somehow just magically appear from the ether.
That's just our society's attitude writ small--we like music, so we like musicians, but we don't really understand where they come from. They just sort of appear, people who have been struck by musical lightning, or maybe hatched at the musician hatchery.
This belief that musicians just sort of appear manifests in many ways, including the notion held by many that musicians should just sort of work for free, and that we should have the benefit of what they create without actually paying for it. It also manifests in the belief that music education isn't really necessary--the people who are "born" musicians will just somehow hatch anyway, and the people who were born to be music consumers can pick all that up by listening to the radio or spotify or whatever.
Every other field that is fundamental to human existence-- language use, understanding the makeup and operation of the world, the stories of how we got here-- is deemed essential for inclusion in education, but somehow music--the soundtrack, heart and soul of everything else--somehow that is considered a frill, an extra.
I reject the notion that music programs should be defended because they improve student performance in other areas. Music has huge, incalculable value of its own and should not be viewed as a second-class educational citizen. Music connects and lifts us, speaking to part of what makes us human. Music programs give back to their communities forever. Look around you--every local music group, from bands to church choirs to community theater, is filled with people who are the product of school music programs.
My school district is preparing to cut a music teacher position; the previous teacher last year lost her battle with a long term illness, and they plan to not fill the position (the shrink-through-attrition trick is a favorite; when I retired, I wasn't replaced which means I guess that I was either irreplaceable or unnecessary). Remaining staff will be stretched to fill the gaps, and students will get less. As someone deeply invested in local music and who has two children entering the system this fall, I think this plan stinks.
Musical is integral to the human experience; therefor, it is integral to education. Don't let anyone tell you differently. A school without a full music education program is as incomplete as a school without a library or a science lab.
Posted by Peter Greene at Thursday, May 12, 2022
Email ThisBlogThis!Share to TwitterShare to FacebookShare to Pinterest