State-funded pre-schools are a spotty lot, ranging from well-funded to non-existent. The gaps are filled in by a variety of providers. My own small town is a good example; here you have a choice of a state-subsidized program, a small program run by the YMCA, and a program run by a local church. 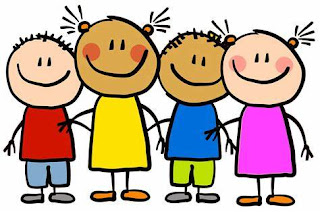 That's not at all unusual. People look for someone they can trust with the care of their littles, and for many that means churches. For churches, a pre-school or daycare makes a perfect "outreach" ministry, and they usually have physical facilities readily available, as well as a pool of people willing to work for volunteer-level wages.

When it comes to pre-school, there wall between church and state is more like a shower curtain, and it's about to be tested.

There are many, many things that the government can screw up with an initiative to create universal pre-K, from measuring results badly to simply trying to turn pre-K into the new first grade. And there really isn't anything in the track record of either party to suggest that screwing up will not be done.

But aside from that, the expansion of pre-K is going to unleash another fight over religion in schools. The current giant pile of money for pre-K and child care comes with a nondiscrimination requirement, and if we've learned anything about religious schools, it's that some of them are certain that discriminating against some people is a critical part of their religious mission.

So conservative religious groups are already pushing back against the nondiscrimination clauses, because they might have to pass on that federal money if  they prefer to continue "to teach religious content, convene all-boys or all-girls programs, or give preferences in hiring or admissions to people of their religion." Most analysts say that the Build Back Better Act, in which this is buried, would not squelch actual religious instruction.

There are other challenges to small providers in the bill, including a requirement that they have seven years to have lead teachers with at least a bachelor's degree, and a requirement for wage levels. Also, this bill works by having states opt into receiving federal funds, which means that states can also say no. So even if Build Back Better passes the Senate, the fights about pre-K will move to the state level. Expect arguments about religious liberty to be part of that fight.

Posted by Peter Greene at Wednesday, December 01, 2021
Email ThisBlogThis!Share to TwitterShare to FacebookShare to Pinterest