Amazon, The Algorithm, and the Future of Education

Intriguing piece in the New York Times yesterday, looking at Amazon's bookstore (and business in general) and how it has become an unholy mess. 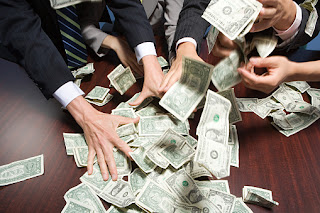 It is framed by a lawsuit being brought by an author, John C. Boland, who has found his own work listed at hundreds of dollars with a false, much earlier, publication date. This, it turns out, is just a tip of the proverbial iceberg. The online market is overrun with third party sellers, and has not shown much interest in policing resulting way-open marketplace. Reporter David Streitfeld rattles off the list of unhappy people:

There are sellers like Mr. Boland, who say they are suffering from the Wild West atmosphere on the site; regulators, who are taking a closer look at Amazon’s power; unhappy warehouse employees, who would like a better deal; and lawmakers, who want Amazon to disclose more about its third-party sellers. There are also the devious sellers themselves, whom Amazon says it is having a hard time eradicating.
Amazon has defended itself from Boland's lawsuit in court, but Streitfeld shows example after example of how the algorithm fails customers, ranking books in categories they don't belong and worse, elevating crap. I don't mean another badly written Dan Brown novel, but things like a knockoff Dave Grohl biography written in Almost English and yet sold "side by side" with the actual Grohl memoir. Meanwhile, the algorithm also removes all sorts of books for reasons known only to the computer.
Streitfeld talks to Stacy Mitchell, author of Amazon's Toll Road: How the Tech Giant Funds Its Monopoly Empire by Exploiting Small Businesses.
Amazon “doesn’t care if this third-party stuff is a chaotic free-for-all,” she added. “In fact, it’s better for Amazon if legitimate businesses don’t stand a chance. In the same way Amazon wants to turn all work into gig jobs, it wants to turn running a business into a gig job. That way it can walk off with all the spoils.”
Or consider this:
“In some ways Amazon doesn’t really want to be a retailer,” said Juozas Kaziukenas of Marketplace Pulse, an e-commerce consultant. “It doesn’t want to do curation or offer human interaction,” two of the essential qualities of retail for centuries.

Offering tens of millions of items to hundreds of millions of customers prevents any human touch — but opens up a lot of space for advertising, and for confusion and duplicity. This might be good for Amazon’s competitors in physical bookstores, which have a much smaller and more tightly controlled stock. But it does not bode well for e-commerce.
Why am I writing about this here? Because the future that some folks envision for education is education as e-commerce. Parents get their voucher, aka Education Savings Awesome Freedom Account debit card, and then go shopping for vendors to provide various bits and pieces of a full education.
One common feature of the various ESA programs being rolled out or expanded across many states is that, like Amazon, the state provides little or no oversight or is even actually forbidden from exercising oversight of these various edu-vendors. It is the parents' problem to sort through the marketplace, to figure out which vendors are the real deal and which are not. In effect, vouchers turn running a school into a gig job done by parents, who will find themselves bombarded with the educational equivalent of fake biographies in Almost English and robocalls from the nice lady worried about your car warrantee. And for the bazillionth time, no, that algorithm being marketed as AI is not going to do the job for you, nor is it going to successfully personalize your child's education.
Amazon is a trillion-dollar company that  has been unable to make all this work. There is no reason to believe that a privatized education market place will do any better.
(Incidentally, between bookshop.org and alibris.com, I find pretty much every book I'm looking for)
Posted by Peter Greene at Saturday, December 04, 2021
Email ThisBlogThis!Share to TwitterShare to FacebookShare to Pinterest