PA: State Argues Great Education Only For A Few

There's a big court case currently unfolding in Pennsylvania court; several school districts and some parents are suing over the state's funding formula, arguably one of the worst in the nation. And one lawyer for the defense is saying the quiet parts out loud. 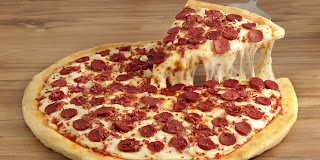 The central issue is the question of just how much responsibility the state has to provide a quality education for every child. Many state constitutions seem to suggest the answer is "a lot," but when dragged into court over the issue. states often make... other arguments. The Philadelphia Inquirer caught a fairly telling exchange

“What use would a carpenter have for biology?” asked John Krill of Matthew Splain, superintendent of the Otto-Eldred School District in McKean County and president of the board of directors of the Pennsylvania Association of Rural and Small Schools, one of the plaintiffs. Splain had said his district’s scores on state standardized tests in biology and other subjects were not acceptable.:

“What use would someone on the McDonald’s career track have for Algebra 1?” Krill continued.

As lawyers for the plaintiffs objected, asking what the relevance was, Krill said that the trial was about whether Pennsylvania was meeting its constitutional obligation to provide a “thorough and efficient” system of education.

“The question in my mind is, thorough and efficient to what end? To serve the needs of the Commonwealth,” Krill said. “Lest we forget, the Commonwealth has many needs. There’s a need for retail workers, for people who know how to flip a pizza crust.”
So, that's pretty clear. The Senate's lawyer argues that education is meant to provide the state with meat widgets, and that each meat widget should know their place in the scheme of things and settle for however little education the state thinks they need to do that job.
There are layers to this dismissal of the state's constitutional obligation, because thanks to the worst rich-poor gap between districts in the country, the students who are getting shafted, who have the crumbling facilities, the underfunded staff, the inadequate resources--in short the education that Krill is arguing should be Good Enough for future pizza flippers--are the students in poor districts. You know--those poor kids who don't need a real education.
Suits like this have been attempted before. In Michigan, students sued the state for providing inadequate education, and the state used similar arguments--just because the law says the state has to provide education doesn't mean they have to provide a good education. One such case, hinging on "de minimis" (aka "the least you can get away with doing") ended inconclusively (while also providing another demonstration of just how little Betsy DeVos understands about how education works and how vouchers would not serve students in real need). As Rick Hess (AEI) has often noted, you can compel people to do something, but you can't compel them to do it well.
That holds true for states where this legal battle has been won. The court can find that the legislature owes public education more money, but then the legislature can just... not do anything about it. Washington went through this and the court fined the government $100K per day. This year, the court in North Carolina has been wrangling with a legislature that refused to follow a court-mandated spending plan.
So even if you manage to win this kind of case, that doesn't mean things get any better.
At the same time, though, it's really striking to see legislators and their hired guns saying the quiet part out loud--we don't really have a state-level commitment to an excellent education and we don't want to use tax dollars to educate Those Peoples' Children because all we need from them is the ability to serve us pizza and collect our garbage. If they want a great education, they should not have decided to be poor.
Posted by Peter Greene at Tuesday, December 28, 2021
Email ThisBlogThis!Share to TwitterShare to FacebookShare to Pinterest