FL: Another Assault On Education

Florida owns the Number One spot on the Public Education Hostility Index, but Governor Ron DeSantis is not willing to rest on his laurels. You may have already heard about this, or you may have passed over the news because it's Florida, but some bad news needs to be repeated, particularly when it comes from the state that launches so many of the bad trends in education. 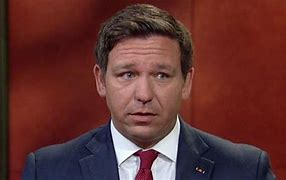 DeSantis has borrowed from Texas, where a new abortion ban has come up with a clever way to circumvent rules about what a state can and cannot enforce. Now upheld by SCOTUS, the law makes every citizen a bounty hunter, with the right for "anyone to sue anyone" suspected of being in any way involved in an abortion (in a rare display to restraint, Texas exempts the woman getting the abortion from the civil liability).

The idea of insulating the state is not new to education privatization efforts. Part of the reasoning behind education savings accounts is that it let's the state say, "What? We didn't give taxpayer dollars to a private religious institution. We just gave the money to a scholarship organization (and they gave it to the private religious school). Totally not a First Amendment violation."

So here comes DeSantis with his "Stop WOKE Act" (as in "Wrongs to Our Kids and Employees"-- some staffer was up late working on that one). This is legislation he'll "push for" because of course a governor doesn't propose legislation--he just orders it up from his party in the legislature.

The proposal comes wrapped in lots of rhetoric about the evils of "critical race theory," which DeSantis defines broadly and bluntly:

Nobody wants this crap, OK? This is an elite-driven phenomenon being driven by bureaucratic elites, elites in universities and elites in corporate America and they’re trying to shove it down the throats of the American people. You’re not doing that in the state of Florida.

Along with vague rhetoric about learning to hate America, DeSantis brought in crt panic shill Christopher Rufo for his pep rally. And of course he trotted out some highly selective Martin Luther King Jr. quotage, because, hey, he's totally not racist.

But the highlight here is creating a "private right of action" for parents, an actual alleged civil rights violation. Anyone who thinks their kid is being taught critical race theory can sue (and this will apply to workplace training as well). Parents who win even get to collect attorney's fees, meaning they can float these damn lawsuits essentially for free-- watch for Florida's version of Edgar Snyder--attorneys advertising "there's no charge unless we get money for you."

Allowing parents to file lawsuits would have the effect of making the operating definition of crt even vaguer--it's whatever Pat and Sam's mom thinks it is. You can say that using a bad definition that loses the lawsuit would limit this vaguery, but that misses the point--the school would still have to defend itself in court, costing money and time.

This is a perfectly designed plan for chilling discussion in Florida schools. The instant this bad idea becomes a law, I promise that a non-zero number of Florida school administrators will, via meeting or memo, tell their staffs "We can't afford to be sued by every crazy racist family in the district, so as of now, no teachers will discuss anything having to do with race at all, ever." This is really beyond just a chill--this law would be a deep freeze.

Posted by Peter Greene at Wednesday, December 22, 2021
Email ThisBlogThis!Share to TwitterShare to FacebookShare to Pinterest