The GOP is ready to do some serious pandering, as the critical race theory panic continues to metastasize. Here comes Kevin McCarthy with an announcement:

Over the past nearly two years, we have seen a troubling trend take root in the Democrat Party. Their elected officials want to take power away from parents and hand over more control to politicians and teachers unions to dictate what our children should be taught in classrooms.
McCarthy goes on the fold in school closings and the DOJ's "targeting" of parents "at the behest of an interest group." And also, Terry McAullife's ill-considered quote about parents not having a say (which McCarthy attributes to a "prominent official in the Democratic Party"). 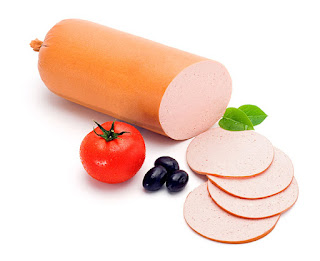 So McCarthy, Virginia Foxx, Julia Letlow, Burgess Owens, and Jim Banks have a proposed solution-- the Parents Bill of Rights.
The bullet point version of the bill lists five rights-- the right to know what's being taught, the right to be heard, the right to see school budget and spending, the right to protect their child's privacy, and the right to be updated on any violent activity at school. Most of which seems... kind of redundant, giving parents rights that they already have.
But maybe the actual bill reads a little better. (Spoiler alert: it does not. It is far worse.).
The bill seeks to amend various sections of the Education and Secondary Education Act by adding some requirements. These are perhaps best summarized by the "Notice of Rights" paragraph, which lists the rights that parents must be informed they now have under this act:
A) The right to review the curriculum of their child's school (already exists). But there is also an "all instructional materials" requirement for parents, which is nuts-- but it includes the right to see and inspect all those materials including "any survey, analysis, or evaluation." Which--wait! Does that mean the Big Standardized Test, the SAT, and any other test must be available for inspection? One problem with these transparency laws is that they run smack into copyright laws protecting all sorts of proprietary material belonging to testing and instructional materials companies. "Pearson on Line 1 for you, Representative McCarthy!"
B) The right to know if the State alters the State's challenging academic standards (does this mean State's don't have to notify anyone if they change standards that aren't challenging).
C) The right to meet with each teacher of their child not less than twice during each school year. Okay, are there schools out there somewhere where parents are being denied the chance to meet with a teacher even twice? On the one hand, this represents a huge amount of time. On the other hand, most teachers can tell you a story about ghost parental units who could not be convinced to even answer e-mails. So once again, a solution in search of a problem.
D) The right to review the budget, including all revenues and expenditures. I'm unaware of states that don't already allow this.
E) The right to a list of the books and other reading materials contained in the library of their child's school. Does your school not have an electronic card catalog, or even an old-school paper one? Or is the requirement to have it on a list form that you carry home? Because I figure doing an electronic search for books with naughty words or titles from that List of Naughty Books you're looking at would be easier in electronic form.
F) The right to address the school board of a local educational agency. Again, I know some boards can be cranky about this, but are there boards that refuse public comment without getting in trouble? Are there states that don't have sunshine laws forbidding private meetings? And will we be acknowledging that this right does not include the right to make threats, follow members to their cars and homes, or just speak up at any moment of the meeting you feel the mood strike you? The details say that expression should be in a "lawful and appropriate manner," so I guess we're covered.
G) The right to information about violent activity in their child's school. The actual language notes that names of minors can't be released when communicating this.  Again, I am unclear exactly what problem this is meant to address.
H) The right to information about any plans to eliminate gifted and talented programs in the child's school. So, even if their child isn't in the program?
There are also some amendments offered to FERPA and PPRA saying that the school can't act as a parent in giving consent under the Children's Online Privacy Protection Act (COPPA), and parents must be given a chance to opt out. Also, no educational agency or "authorized representative" of the agency can sell student information. Sounds swell, but just in case you're worried that this would hamstring all the education-flavored businesses handling this stuff, a later clause allows that data collected for "legitimate educational purpose," so the test manufacturers are still free to do whatever.
Look, there's no question that some local school boards hunker down and deal with difficulty by stonewalling and misbehaving. Lucky for us these folks have to stand for election. But the bill is mostly a combination of redundant requirements and solutions in search of a problem (well, other than the problem of how to keep getting Republicans elected). It's a staggering level of federal intrusion into local business, particularly coming from the Party of Small Government.
There's are also levels of irony here. For one, the voucher programs that the GOP loves so well (e.g. Betsy DeVos's Education Freedom Scholarships) champion schools that don't have to do any of these things--and often strongly resist any pressure to make them do any of these things. The other is that the GOP is still trying to brand itself as the Parent's Party, despite its opposition to paid family leave, medicare for all, and a variety of other measures that would actually help parents (like. say. addressing the US's shameful maternal mortality rate). But why actually do something when you can instead float some doomed symbolic legislation that doesn't actually do anything, let alone something useful.
Posted by Peter Greene at Thursday, November 18, 2021
Email ThisBlogThis!Share to TwitterShare to FacebookShare to Pinterest