At the beginning of this month, Secretary of Education Betsy DeVos and presidential adviser Kellyanne Conway sat down with Rick Hess of the American Enterprise Institute to make one more pitch for DeVos’s Education Freedom Scholarships. The program seems unlikely to succeed on the federal level.
What Is She Selling?
The EFS are what’s known as a tax credit scholarship. Several states have them, and they work like this: a donor gives money to a scholarship organization, then that program issues a scholarship for a student to attend a school, while the government credits some portion of the donation against the donor’s tax bill. In the case of DeVos’s program, the amount would be 100%. If I donate $100,000 to a scholarship organization, I pay $100,000 less in federal taxes.
What Are The Problems With Her Program?
DeVos has been plugging the program with variations of the following quote from the AEI discussion: 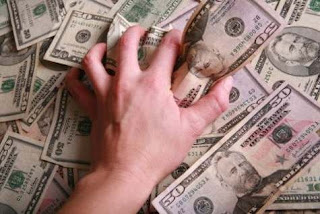 “Our Education Freedom Scholarships proposal…doesn’t grow the government bureaucracy one tiny bit…It doesn’t impose any new requirements on states or on families. It doesn’t take a single dollar from public school students, and it doesn’t spend a single dollar of government money. And it doesn’t entangle schools with federal strings or stifling red tape. In fact, it can’t. And that’s by design.”
None of these statements are accurate. The program would certainly not grow the government in a let’s-add-a-whole-new-bureau way, but it would be a government program requiring, at a bare minimum, someone to handle the paperwork. Families would have to apply for the scholarships, and because they would have to deal with the scholarship organization, there would be red tape. True, it might not be federal red tape, but families will still deal with a middleman. Pennsylvania’s version of this is the Opportunity Scholarship program, and that program includes 190 organizations, all of which had to apply to the state in order to be an officially recognized part of the program; a federal program would also need to establish who may or may not start collecting money from donors and handing it to families. While some are organizations that are essentially an extension of one particular private school, some manage a larger territory, and all presumably have costs that they have to cover. Presumably private schools in the program will provide assistance to new students “shopping” for a scholarship organization, but that shopping will still be part of the process. In short, there will still be plenty of bureaucracy; it just won’t all be federal.
As for the oft-repeated assertion that this will not “spend a single dollar of government money,” that is technically true (if we ignore the administrative costs). Since the scholarship money will never make it to the government coffers, it will never become “government money.” But it is also true that the government would, because of this program, have fewer dollars to spend. The would be $5 billion less in those government coffers, which means either the deficit will get bigger, or some programs will be cut. It may not spend government money, but it will certainly cost the government money.
There is another issue with tax credit scholarships. Wealthy donors can target particular schools, opening the door to a system in which wealthy patrons gain a large voice in how particular schools do or do not survive. It creates a whole new avenue to make private schools even more private.
What Are The Prospects For Education Freedom Scholarships?
Poor. It gets little love on the left because it is one more program that whittles away at public education. On the right, there is opposition because it will create another federal program, despite DeVos’s insistence to the contrary. On Tuesday she argued that the program would not expand the federal role, that there would be no “bureaucratic sponge” blocking the flow of money. If that were true, one might wonder about the wisdom of giving up $5 billion of tax revenue with no oversight or accountability in place, but as noted above, it is unlikely to be true.
As noted by Andrew Ujifusa at EdWeek, neither House nor Senate appropriations bills for 2020 have set a cent aside for this program. That is not a good sign for them.
Does DeVos Have Any Tactics Left?
She just wrapped up a national tour that looked to promote the program in select states. She’s working hard to cement the word “freedom” to her program; on Tuesday her opening remarks included the assertion that this program promised freedom for everybody, including students, parents, teachers, schools and states, and the word “freedom” was used many, many times throughout. On Tuesday some of her rhetoric was sharp, calling teachers unions “bullies” and accusing union leaders of putting themselves ahead of students, but some of the speech was tired. She invoked, again, the 1983 report A Nation At Risk, a report that predicted dire consequences just around the corner (and yet, 36 years later, the nation has not collapsed).
Most ironically, in her opening remarks DeVos levelled her usual critique that U.S. education is not working. “There are many who pay lip service to the sorry state of affairs in American education,” she said, “but offer more and more of the same as a solution; more spending, more regulation, more government. They assure us that this time it will work. This time it will be different.”
But the dominant education policy narrative of the past twenty years has been reform crafted by reform activists. If public education really isn’t working today, if tests scores haven’t climbed, if schools are failing, that is due in large part to the efforts of reformers like DeVos who have spent the past two decades trying to fix public education. In Michigan, the leading activist was Betsy DeVos, who for years pushed for more and more of her ideas about freedom, and the results have been consistently dreadful; charters and choice have grown, but test scores and school effectiveness have not boomed.
On Tuesday, DeVos was once again pushing for her old brand of education freedom, assuring her audience that if she could just implement more of the same on a federal level, this time it would work. This time it would be different.
Originally posted at Forbes.com
Posted by Peter Greene at Friday, October 25, 2019