One of the odd, bad assumptions of much discussion and policy of school staff is the premise that people emerge from teacher or administrator school fully formed, all their virtues and flaws set in cement. Somehow that 22 year old newby will be essentially then same person at age 55.
An item in this morning's newspaper reminded me of one of my earliest bosses. He was hired, as administrators often are, to correct for the failings of his predecessor. In this case, his predecessor was seen as a little--well, a lot--lax. And so he hit the ground with boots on, whip ready to crack. 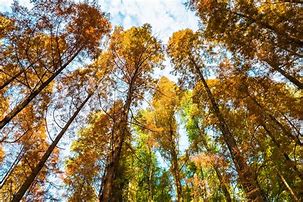 He was harsh. He demanded compliance, that everyone fall in line. He was a prick. For the strong teachers, he simply puffed his chest bigger and tried to roll over them. For teachers who were struggling or dealing with issues, he worked on the theory that they needed a good, swift kick in the ass. Or maybe several. He was not loved; one of my colleagues said that if the boss was dead, they wouldn't cross the street to piss on his grave.
But things happened. He dealt with a physical problem and learned what it was like to be weak. He tried his hand at community theater and learned what it was like to be someone who needed tp take direction from someone with a greater applicable skill set than your own. He found new, better, ways to do his job and work with people. He's the only boss I ever had who involved staff in hiring interviews and actually listened to them. By the time he was a superintendent, he was hosting twenty-some staff members in his home while they served as the search committee for a new principal.
Does his work in his later years make up for the swath of destruction of his early years? I don't know that it's possible to make that kind of computation. Would it have been better for the universe if he'd been fired two years in and gone down some other path? I don't think we can know that, either. I just know that one of my fundamental beliefs is that growth is good.
This should not be a radical notion in education, a field that is predicated on the notion of growth and change. The whole point and purpose is to aid small humans in growth and learning. So why would that not be part of the model for staff?
Yet numerous reforms and disruptions and management approaches are built around the idea that teachers are in a permanent state, their virtues and failings locked in amber. Give them a strict curriculum, scope and sequence, with materials that are tight, even scripted, so that their flaws can be kept away from students! But this just substitutes the flaws of the program developers for the flaws of the teachers--and those flaws in the material will never grow.
We suffered for years under policies aimed to weed out Bad Teachers, a hopeless task. For one thing, it's not a solid metric--there's no doubt that I was a great teacher for some students, and a lousy one for others. Meanwhile, I may have disagreed with the approach of the guy next door, but he was undeniably the right guy at the right time for certain students. For another thing, it changes daily. There were times in my career that I was definitely not great; that's true of every teacher because teachers Go Through Stuff, too.
We ought to have systems built around helping teachers learn and grow and strengthen as teachers; instead we get dump professional development sessions selected to help meet some state mandate or to satisfy the notions of administrators. The entire evaluation system ought to be built around helping teachers identify areas for growth and finding ways to help that; instead we get punitive cookie-cutter checklists.
Ans instead of schools organized around a supportive community of educators, we get buildings where you're thrown into your own room, and your personal professional growth hangs on the luck of the draw-- which other teachers happen to have the same planning period or lunch shift that you do? There have been hundreds of proposals of the Let's Do It Like Doctors variety, where part of the job of master teachers becomes the nurturing and assistance of younger teachers. It's how it should be--but it would involve time and that means money, and when it comes to spending money in ways that quickly make schools work better (e.g. increase staff size in order to reduce class size), we just can't manage it somehow.
Would a focus on growth help everyone? Doubtful. The worst boss I ever had was not only bad at his job, but steadfastly refused to learn and grow at all. The refusal or inability to learn and grow is top of my list of Reasons To Fire someone.
And to be fair, teachers themselves can be resistant to all of this. It's hard to embrace new stuff, particularly if it means looking back over your shoulder and thinking, "Well, I certainly could have done a better job for those students." It's also hard if you're at your limit, juggling two dozen balls and someone says, "Let me just switch this tennis ball for a cantaloupe." Part of giving teachers room to grow also means giving them room to breathe (see above discussion of $$).
Learning and growing and changing is the most natural, most human process, and yet somehow we organize schools around the premise that teachers and administrators don't do that. Certainly not in any deliberate or mindful way. I've read several pleas that we make post-pandemic schooling more human. Leaving room to grow would be one way to do that.
Posted by Peter Greene at Tuesday, November 23, 2021