ESPN featured the school's football team in a nationally televised blowout. But it turns out that the school doesn't seem to actually exist.
If you don't pay attention to sports, you may have missed the crazy tale of Bishop Sycamore, a private school in Ohio that appears to follow the business model of the infamous basketball academies- "schools" that barely educates and runs on the empty promise of a pro future for young athletes. 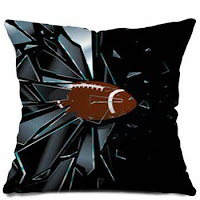 But Bishop Sycamore goes one better. After they got totally clobbered on tv (58-0), and ESPN commentators noted that some of the school's claims (like its DI prospects) seemed unverifiable, folks started poking about. The school gives Columbus City Schools as its district, but CCS doesn't know them. They were listed last year with the state as a non-charter, non-taxed school. Addresses for the school include a PO Box and a sports complex that rents practice space to "hundreds of teams" (they were apparently just asked to stop using the address). They also claimed Franklin University as an address, although attempts to negotiate with the university had long fallen through.
Officials from the school have evaporated and are responding to none of the many media outlets working this story. Meanwhile, it turns out they had played a game against a Pittsburgh team just days before (losing 19-7).
Coach Leroy Johnson has reportedly been fired--whether over the spectacular loss or because he's wanted on fraud charges is not clear. The team allegedly has players who are post-graduates, including some who have played junior college games.
Their website has gone dark ("under construction") but the Wayback machine shows a fairly generic website with a sports blog focus. No "about us" info, and as yet no outlet has turned up the operators behind this scam. Even required state reports are not signed by a person. They promise a sort of blended learning. One parent of a Bishop Sycamore student told the Columbus Dispatch, "As far as I know, none of the kids does any school." The Dispatch also relates that Bishop Sycamore is a second attempt by this crew to start a football school, the previous attempt called the Christians of Faith Academy, shut down in 2018. Again, an attempt to front a touring high school football team.
How does a new phantom team get an ESPN gig? Well, those games are set up by a third party, in this case Paragon Marketing Group, who just plain blew it. "They looked good on paper," seems to be Paragon's excuse. Their president said "he was led to believe Bishop Sycamore is a totally online, but legitimate, academic institution."
There are people who could have warned them, like coach Kyle Shoulders in Macon County, TN, who was ghosted by the school for a preseason jamboree. Bishop Sycamore (hey--notice anything about their initials?) was booked and ready to come on down.
Shoulders was ghosted by them. No one would return messages.

That led Shoulders to start researching the team

"Obviously, I did more research than ESPN because we were able to find out how much lack of information there actually was on them," Shoulders said.
Shoulders said he tried to call the coach and the athletics director. He sent emails and messaged them on Twitter.

"We just couldn't get a response from them," Shoulders said.
Or the woman listed on the board of the school who told WKYC that she had been asked to tutor students, which she had done once.
Or former players like Aaron Boyd, who played for both COF and BS. He tells of the school promoting itself to the players as a real school "blueprints and everything. They told us we was gonna be on Netflix; they recruited us telling us we were gonna be on a show. They told us we're gonna be the IMG of the Midwest." But Boyd moved to Ohio, found no school, had to stay in a hotel for five months. Read the whole interview--it's nuts. If anyone had talked to a player, they would have known.
Ohio Governor DeWine issued a statement saying, Hmm, that seems fishy. Maybe have the department of education look into it "to ensure the school is providing the educational opportunities Ohio students deserve."
And that IMG that Bishop Sycamore aspired to be? That's who kicked their butts on ESPN. IMG Academy is a school set up to support athletic programs. The "IMG" comes the sports and talent management company IMG, which bought the place in 1993. It is what Bishop Sycamore promised to be--just with better financial support and better athletes. Oh, and it's located in Florida.
It's no mistake that these two schools are located in two of the wild west states of education. And what's extra scary is that all this attention popped up only because Bishop Sycamore lost so badly; had they done a better job on the field, they would still be heading on to play other games scheduled for the season ahead. The fact that Bishop Sycamore is not an actual school was well and widely known, but nobody cared or starting digging (and it took very little hard digging) until they were defeated so badly on national television.
Kind of makes me wonder what other versions of these athletic fake schools are out there, staying in business because they're smart enough not to take on a game against a top national athletic academy on national tv.
Posted by Peter Greene at Wednesday, September 01, 2021