I didn't mean to watch; I really didn't. But my wife started in on the LulaRoe documentary and I was sucked in. Mostly because the founding couple, DeAnne Brady and Mark Stidham are such truly awful people, but they were awful in a way that immediately rang a bell.

There are some superficial similarities. In particular, the multi-level marketing pyramid scheme aspects of LulaRoe, where the focus is not on the actual product, but on recruiting more people for the organization--that rang a bell (kind of like treating people as if each one was carrying a backpack full of cash).

But what really resonated was the attitude of the founders. 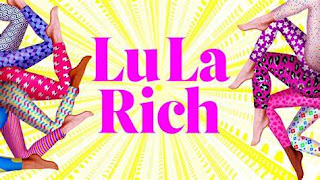 DeAnne and Mark talk a lot about freedom and choice. They talk about liberating their members, giving them choices and opportunities in their lives. But when your LulaRoe business doesn't work out, Mark wants you to know that it's your own damn fault, that you didn't work hard enough or have the moral fiber or the hustle and you're making excuses.

We've seen these people before. They believe the marketplace is God's own way of sorting out the deserving from the undeserving. Their own wealth and success are a result of their superior awesomeness, not the luck of timing and circumstance. And if you are poor, that is a reflection of your unworthiness, your moral failings, your character flaws, and trying to boost you out of that is to go against the laws of nature. The implication underlying all this?

This is not an idea that translates well to public education, but it is a foundational belief about how the world works, and their ideas about the freedom to rise or fall on your merits echo those of fellow multi-level millionaires, Dick and Betsy DeVos (in fairness, Betsy's money also comes from the manufacture of auto parts).

It's the Betsy DeVos Education Freedom universe, parents get their vouchers and are cut loose in the marketplace. And if they later come back complaining that they were bilked by bad actors or snookered by a snake oil salesman or left stranded  by a suddenly-closed non-public school or were in a community that the "market" chose to pass by or they simply couldn't make the combo of their voucher and their own money stretch far enough for an effective education--well, as Mark Stidham would tell them, we gave you the freedom and the opportunity and if you didn't make it work out, well, that's on you. You didn't have the virtue or the character or the grit or the hustle to make it work. Stop making excuses.

Betsy DeVos liked to compare school choice to Ubers, or food trucks. But her worldview is on display in the LulaRoe saga, along with all the broken people and dreams that it leaves behind.