You might have caught this story, but I don't want you to miss it.

Success Academy has long been one of the stars of the charter school world. But in 2015, Kate Taylor at the New York Times reported on a secret "got to go" list that targeted students that SA administrators wanted to push out, part of a general pattern of deliberately making life difficult for students that the schools simply didn't want. It was not a good look for Eva Moskowitz and her charter crew. Moskowitz pushed back and defended the principal who was caught (but then shortly thereafter reassigned Candido Brown to an elementary classroom teaching job). And as the smoke cleared, Moskowitz went back to business as usual.

But five families sued. Their children were on that list, and they had all been pushed out of SA. 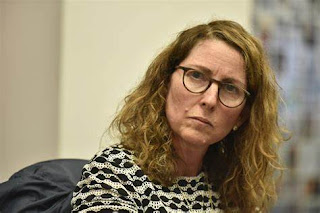 They sued Success Academy for targeting families--particularly families of students with special needs-- to try to get them to withdraw. Said one of the lawyers handling the case, “Success Academy’s harsh, inflexible, one-size-fits-all approach to discipline is at odds with its obligation to reasonably accommodate students’ disabilities. These children and their families were forced to withdraw from the Success Academy network not only because their educational needs were not being met, but also because they were explicitly not welcome there."

She's not kidding. It was ugly.

The litigation centered on five children, then a mere 4 to 5 years old, with diagnosed or perceived disabilities. Success Academy did not provide appropriate accommodations, and frequently dismissed the students prior to the end of the school day – often for behaviors like fidgeting and pouting. Success Academy also threatened to call child welfare authorities to investigate the children’s families, and even sent one child to a hospital psychiatric unit. Each family eventually removed their child from the Success Academy network.

Last month, in a decision that didn't get nearly as much press as the original allegations, the five families won their suit.

“Success Academy forced these families to withdraw their children by bullying and daily harassment, instead of providing a quality education free from discrimination,” said Laura D. Barbieri, Special Counsel to Advocates for Justice. “New York’s parents and children deserve better, and we are pleased these families achieved justice.”
Will a $2.4 million price tag motivate Moskowitz to behave better and stop pushing out families that don't fit her vision for the schools? I doubt it, though one can hope. But it's reminder that charter schools are not public schools, and too often do not feel a need to act like public schools.
This comes as a follow-up for last year's loss in court. In that case, Moskowitz was found guilty of violating student privacy. A student's family had talked to John Merrow for the PBS News Hour about suspension of 5 and 6 year old students; Moskowitz retaliated by releasing the student's records. SA attorney's argued that the privacy law didn't apply to them, that it was too late to sue, and, perhaps most bizarrely, that Moskowitz had a First Amendment right to "speak out" about the child's behavior.
Taken together, the two cases are a reminder of two things about modern charter operators. First, they are mostly education amateurs who are ignorant of some of the basics of running a school. Second, the Visionary CEO model of charter management, based on the notion that you get a good school by putting a visionary in charge and freeing them or restraints like government rules and union contracts--that model gets you people think they don't have to answer to anybody, ever.
A postscript to the tale. Candid Brown, who lists himself on LinkedIn as a "Leader | Instructional Expert | Manager | Teacher Developer | Consultant | Speaker | EdTech Pioneer | Human," stayed with SA until 2019, and is now the founder of two companies-- BetterEd Solutions and AchieveMore Academic Services. So he's okay, as are the many other folks at SA for whom he took the fall.
Posted by Peter Greene at Thursday, April 15, 2021