A former colleague of mine, a math teacher, used to say, "Don't even teach primary students math. Just teach them to read. By the time they get to me, if they can read well, I can teach them all the math you want."

That was many years ago, long before the rise of third grade reading retention laws. But those laws, while (usually) well-intentioned, are a terrible, rotten, no good, really bad idea. 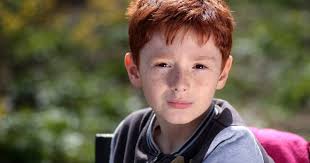 Sixteen states require third graders to pass a standardized reading test in order to be promoted to fourth grade. Most of them allow for some exceptions, but not all, and not all the time.  It's long been conventional wisdom that fourth grade represents a new style of learning--that primary students learn to read, but once they hit fourth grade, they read to learn. But why turn that into a testing barrier.

Matt Barnum, the Chalkbeat reporter who occasionally decides to track down sources of conventional wisdom, traces the big push to some research from 2011. Authored by Donald J. Hernandez (Hunter College and the Graduate Center, City University of New York, and Foundation for Child Development) on behalf of the Annie E. Casey Foundation, "Double Jeopardy" ties third grade reading proficiency (more or less as defined by NAEP) to high school graduation as well as tying both to poverty.

Hernandez notes that research had been suggesting a connection for quite a while (he offers an endnote to research from 1978). But his report (combined in some cases with NAEP results from 2015) seems to be the one that goosed many states along.

There are nits to be picked. Barnum noticed that the report says "3rd grade reading scores" when it is really lumping second, third and fourth grade scores together. When NAEP says "proficient," they mean "roughly A level" and not "on grade level." And let's not even get into the actual validity of these tests right now.

Mostly, the big fat log-sized nit here is that Hernandez has identified correlations, not causations. Research might well show that third grade shoe size is a good predictor of adult height, but it does not follow that making third graders wear bigger shoes, or making them stay in third grade until their feet are big enough, will lead individual students to grow taller, nor raise the average height of adults.

And while it is traditional to shift fourth graders into "read to learn" mode, there does not seem to be any body of research that suggests that some developmental door slams shut when students are eight years old.

Nor do the various discussions of third grade reading retention mention one other reason states might find erecting this artificial barrier useful; third grade marks the start of years of Big Standardized Testing, and letting bad readers rise through the grades is bad for the numbers. On the other hand, if the poor-testing third graders aren't allowed to take the fourth grade test, the state is going to look like it is accomplishing miracles with the teaching of reading.

There are so many things wrong with these laws. Note that Hernandez identifies three factors, but nobody has suggested that students be retained in third grade until they are less poor or less Black. Of course not--because that would be absurd and abusive.

But these laws, like so much of the modern ed reform canon, are predicated on the theory that students and teachers are holding out on us, and only threats will shake loose those teaching and reading abilities that the little jerks are withholding. It is, once again, all stick and no carrot. Imagine if, instead, states had passed laws that said students who failed the BS Reading Test will be passed on to Grade 4+Reading Enrichment, and the state will pay tire hire one additional teacher for every six students who have to enter that program. But that would cost money, and it wouldn't put blame anywhere.

Meanwhile, there is a mountain of research showing that retaining students is at best unhelpful and at worst, closely correlated with bad outcomes for students, including research from one of the most hard-core retention states--Florida. There's no real evidence that it actually works.

And there are side effects. See, again, Florida, where the law became a victim of Florida's demands for testing compliance and third graders who had demonstrated reading competence in other ways, but who refused to take the BS Test, were held back. I know of no research showing a connection between high school graduation and knuckling under to state testocratic demands.

These tests are going to be yet another battleground in this pandemic year, because a law is a law, even if it's a bad law and the year is a terrible year for standardized testing. If your state has one of these, take a moment to let your elected representatives that it's a bad law and in this year of all years, eight year olds don't need to be pummeled with anything else. Let them just learn to read.

Posted by Peter Greene at Wednesday, February 03, 2021
Email ThisBlogThis!Share to TwitterShare to FacebookShare to Pinterest