Coming up with the right name for a policy initiative is a critical step in framing a conversation and controlling the narrative. The classic example is the abortion debate, in which one side is "pro-choice" and the other is "pro-life," carefully selected terms that frame each side as champions of an undeniable good. Just watch supporters of "defund the police" get caught in an endless loop of "no, no, what we really mean is..." to understand how important this branding can be.

"School choice" is branding, and relatively new branding at that. You can watch it take off on the Google Ngram viewer to see how often the phrase has been used:

But what is "school choice" the brand name for? I mean, if we were serious--really serious--about school choice, we would come up with a system that allowed families to choose any school in the state, and we would take the regulatory steps to make sure that every one of those schools met the requirements of a quality school that was part of the public good of public education. We would provide several freelt available different choices within each community, all part of the public education system, and we would tax people out the wazoo to finance the excess capacity needed to allow choice (otherwise family choices would be limited by available spots in a school). And we would, of course, allow for the choice of a private (religious) school or homeschooling, just as we always have. 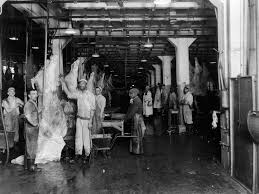 We've been pummeled by the modern definition of school choice so much that we've forgotten that nothing about the idea of school choice says it must involve privately owned and operated businesses funded with public tax dollars.

In other words, folks didn't start with the idea of "school choice" and then try to figure out how that would work. They started with an idea about what they wanted to do and then decided to brand it "school choice."

So what did they want to do? They wanted to open up the education market do that private businesses could score more public tax dollars.

Consider, for instance, how some reformsters like to call public education a monopoly. This has never made sense to me--public education is many thousands of locally owned and operated systems, many on the order of a mom and pop business. They are not centrally controlled, and families can move between them, admittedly by the cumbersome and restrictive method of moving. For the education "consumer," the system doesn't resemble a monopoly at all; it's not like having to use Microsoft software no matter what or the old, inescapable phone company monopoly.

But public education does look like a monopoly if you are a business trying to get into the market. You want to score some of those sweet public taxpayer dollars, and you're told that only a local government can operate a school and the only way to get some of that vast pile of money is through official government channels. To you, this feels like a monopoly.

"School choice" is a brand, a fig leaf for covering the real initiative, which is to open the education market. When certain reformsters start talking about school choice, a good way to understand what they're really talking about is to substitute the words "open market."

Substituting "open markets" for "school choice" doesn't reveal nefarious intent, nor, I suspect, does it even change the statements into that proponents would disagree with. But it says a little more clearly what we are talking about. Choicers may add arguments about supposed benefits to students or the community, but that's an afterthought--the main idea remains to open those markets so that other folks have a chance to make money in the education biz. I'm a big believer that we have better conversations when we talk about what we're really talking about, and in the voucher/charter/ESA/micro-credential/personalized learning/education disruption debate, what we're really talking about is converting from a local government universal system to an open market system. We're talking about ending the promise of a free and appropriate education for every child in the country and replacing it with a promise that anyone who wants to try to make a buck in an education-flavored business will get that chance.

Yes, yes, yes--there are choice advocates who have a different focus (#NotAllChoicers) and plenty of free market acolytes who sincerely believe that a free market will serve students well (spoiler alert: their sincerity does not make them any less wrong).

Using the term "school choice" is about muddying the water and framing the discussion. Unleashing the open market is a scary conversation-- will their be safeguards and regulations put in place to protect the "consumers,' or will open market education be like the meat packing industry of 120 years ago? Saying "school choice" over and over allows proponents to skip the hard conversation that the country deserves.