The Khan Academy (aka that library of instructional videos that come in varying degrees of accuracy) is finally ready to take its next step and morph into an on-line-ish micro-credential competency-based school-ish thing. What does that even mean? Let me try to explain the vision behind this, the people behind this, and--well, then we can just reflect on how many kinds of bad ideas we're looking at here.

An idea beloved by one sector of the education privatizing world in micro-credentials. You've encountered this stuff if there's a newer-generation video game console in your home on which games offer a variety of badges to show your various accomplishments. In the ed world, they're called micro-credentials, and all the big guns are playing with them. 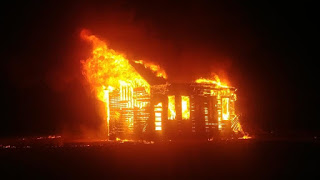 A few years ago I came across a fully realized portrait of the vision called The Ledger. It brings together Competency Based Education, data mining, personalized learning, the cradle to career pipeline, the gig economy, and the transformation into a master and servant class society. In this world, you wouldn't need "schools" or "teachers" (Knowledgeworks once made a whole big list of new jobs for them, all servile and dumb). You would get your education in bits and bites--a work experience here, a few sessions with a wise tutor there, each one earning you a  new micro-credential, which in turn qualifies you to act as somebody else's wise tutor. It would all be recorded in a blockchain-type digital identity (yes, there are already people working on those, too) along with all pertinent data about you. The unbundling of education also means that there's money to be made as a sort of broker between various people trying to make a buck gigging as trainers for earning the credentials (that is also already up and running, with Outschool leading the pack).

All the various technologies and vendors needed to push this change in the whole philosophy of education already exist. Now many of these folks are chomping at the bit, thinking that the pandemic is their Hurricane Katrina and they should not let a crisis go to waste.

So with all that in mind, it's time to meet Schoolhouse.world.

Their "who we are" statement is pretty simple-- "We're a nonprofit that facilitates free tutoring over Zoom." That's not quite the whole picture, because the business is also about extending the reach of the Khan Academy brand. Tutoring sessions are "focused around a single Khan Academy unit." Currently they're more specifically focused on high school math and SAT prep. Tutoring sessions are live, with a small number of students, a tutor, and (in the demo) a big Khan Academy video in the middle.

At the moment the site only lists about 100 tutors, but that will certainly change because anybody can be a tutor. To become a certified tutor, you pick a Khan Academy unit, get at least a 90% on the unit test yourself (including a video of yourself explaining your reasoning), and then peer review two videos from other students who are also trying to become certified on that unit. Before you can start running sessions, you have to pass a quiz about safety protocols, and your first session will be observed by an experienced tutor. That's it for vetting, apparently. Not even a background check.

So you get free help as a learner, earn certificates as you go, volunteer to become a tutor, and build a transcript to showcase what you know. All within a closed, self-perpetuating circle. Not quite like the worm Ouroborus, who is always eating his own tail; we need a new symbol in which the worm is eternally pooping itself out.

Sal Khan is the co-founder of this; the guy who somehow convinced people that canned instruction that will never clarify itself, take questions, or do anything except repeat, is  revolutionary. Sigh. If you stood in your classroom and just repeated a lecture or demo, and every time a student asked a question you just said the exact same thing you just said, you'd be spending time in the principal's office. But do the same thing on Youtube and now you're a visionary.

Khan's co-visionary is Shishir Mehrota. Like Khan, he's a tech guy with no actual education background. He was a director of program management for Microsoft, and then spent six years working at Youtube handling monetization and "product." Then in 2014 he launched Coda, a company that handles collaborative documents Google Doc style.

Note that Schoolhouse.world is new enough that neither one of these guys lists it on his LinkedIn profile.

There is only one other person on the board of directors for Schoolhouse.world, and it is.....drum roll, please.... Arne Duncan.

And if you want further reason to be leery, check out the USA Today op-ed that Khan penned with Brian Hooks. It includes the McKinsey baloney-packed study claiming that students will lose many many days of learning (aka points on a Big Standardized Test score), then touts the joys of individualized education (because what is more individualized than having all students look at the same video clip) and the idea that "education can happen anywhere, anytime" (i.e. schools and certified personnel and oversight that interferes with vendors trying to make a buck are all unnecessary). Hooks is the CEO of Stand Together, aka The Koch Network; he also co-authored Koch's latest book about Believing in People, a book that came with some maybe  contrition while pushing the same old idea of eliminating government.

In short, Sal Khan is hanging out with a crowd that doesn't exactly have a stellar history of promoting and protecting public education.

There is nothing good going on here. Just a little bit of pandemic opportunism, part of the big burgeoning trend-of-the-moment in trying to bust the education market wide open. You can argue that Khan Academy and Schoolhouse.world are free; I'm going to argue that they are simply part of a long game that ploughs the earth and prepares it for the kind of market these folks envision for the future. You don't have to make a profit burning down the schoolhouse if you are all prepped and ready to profit from building the new structure that's going up on the resultant empty lot.

Posted by Peter Greene at Thursday, February 18, 2021
Email ThisBlogThis!Share to TwitterShare to FacebookShare to Pinterest