FL: College Is For Meat Widgets, Not That Learnin' Stuff

GOP State Senator Dennis Baxley wants only some students to have Bright Futures. Under his bill SB 86, the scholarship program would be targeted only for those students who are pursuing majors that lead "directly to employment." 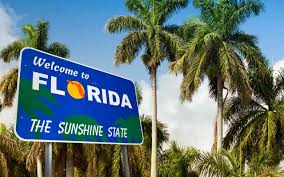 Baxley offers a folksy justification for this, saying his own sociology degree was very nice and all, but wouldn't buy him a cup of coffee, and not until he got that associate degree that he was able to make a buck opening his funeral parlor. As God is my witness, I am not making this up.

This "refocus" comes with an endorsement from Senate President Wilton Simpson, who points out that "All too often the debate surrounding higher education focuses on the cost to the student, in terms of tuition and fees, but never the cost to the taxpayer or the actual value to the student."

We want all of our students to succeed in meaningful careers that provide for their families and serve our communities. As taxpayers we should all be concerned about subsidizing degrees that just lead to debt, instead of the jobs our students want and need. We encourage all students to pursue their passions, but when it comes to taxpayer subsidized education, there needs to be a link to our economy, and that is the goal of this legislation,

Yeah, pursuing your passion is swell and all, but the taxpayers shouldn't have to foot the bill unless you're going to be a useful meat widget.
In other words, pursuing your passion is just for rich folks.
There are really two awful parts to this awful idea. Not just the "education is only to make you a useful meat widget" part, but the part where some government board is going to decide each year which majors are going to lead to employment and which are not. There are several things wrong with this. One is that it assumes that the Board of Governors and State Board of Education would actually have that information (via, one supposes, a crystal ball in Tallahassee).
But the other is that this makes education planning for students a hugely uncertain crap shoot. Are you a high school junior who wants to pick her major and is hoping for a state scholarship? Well, you'd better just wait for the annual Florida Acceptable Majors report to come out. And I am wondering what exactly happens if, after steering a truckload of entering freshmen into a Widgetry major, the Boards decide two years later that the Widgetry major field is now clogged and therefor the major no longer leads "directly to employment."
You can bet that Florida high school students are talking about this:
“I felt personally attacked because my degree would most-likely not fall under that,” said [high school senior Jocelyn] Meyer.

Meyer said she wants to major in geography or international studies. Then continue on to graduate school.

“Potentially work for the Peace Corps. That would get me the experience to work for a non-governmental health organization like the World Health Organization or Centers for Disease Control,” said Meyer.

Meyer is afraid the track she planned for college won’t be paid for, even though she worked hard to meet all the criteria for a full-ride Bright Futures Scholarship. Funding she is depending on to get through college.
Florida's GOP apparently wants to cut back on spending, though the Bright Futures program is funded by the Florida lottery.
It's a strange choice for (at least) two reasons. I know we no longer pretend that the GOP actually believes in small government, but it's still odd to see the party of small government now deciding to tell students what they have to major in if they want to go to college. And the notion that they don't want taxpayers to have to spend a bunch of money sending students off to study at some private school if they hadn't set up an entire K-12 system to require taxpayers to spend a bunch of money to send students off to study at some private school.
Posted by Peter Greene at Sunday, February 28, 2021