There is plenty of joy in some Reformsterville neighborhoods these days, thanks to the not-unexpected ruling by the Supreme Court on Espinoza v. Montana Department of Revenue.

As some education folks have pointed out, it could have been worse. The court said that if states are going to pay for any non-public schools, they must include religious schools in the mix, which is not as bad as saying the state must help pay for religious schools in all cases. Granted, that move is undoubtedly just one lawsuit away, and the reasoning isn't hard to conjure up: if states can't exclude religious schools from voucher funding just because they're religious, then why should they be able to exclude them from any and all funding? 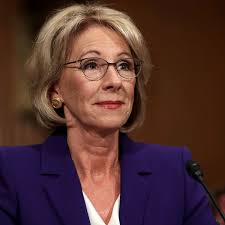 But that's a lawsuit for another day. Right now, folks are doing a happy dance. "Freedom of Religion Narrowly Upheld" says the Heritage Foundation. "The Supreme Court delivers a huge win for kiuds--and against bigotry," says the always anti-public ed N ew York Post. "Win for Students, Families," says Americans for Prosperity. "U.S. Supreme Court Upholds Religious Freedom," says First Liberty. "Landmark Victory for Parents," declares Institute for Justice. "Important Free Exercise Victory," says National Review. Winner of the Grand Irony Award is the group Yes. Every Kid, which hails this as a "win for students, families," even though it's a win for schools whose policy is "No. Not every kid. No way!"

Response has been restrained in some other Reformsterville neighborhoods. AEI's Rick Hess calls it a "landmark" and provides a pretty straightforward explanation with no confetti in sight. As of today, Education Post has been silent on the decision, nor does the Fordham Institute yet have its 2 cents out there. Ditto the Cato Institute website.

There are several possible reasons for this. First, it's not sort of a surprise at all. The closest thing to surprising feature of this decision is that it didn't go farther. Second, it's not really good news for charter fans, whose insistence (irony alert #2 here) that they are public schools puts them on the wrong side of this decision. Third, some people like to take some time to think about what they're going to write (I hear). And folks who are from the religious side of this debate--well, some of them might be smart enough to see that this push has some real long-term threats to religious liberty. But we'll get back to that.

Of course, you know who's delighted with the decision. Secretary of Education Betsy DeVos declares that "Religious Discrimination Is Dead" by which I presume she does not mean any of the religious discrimination exercised by private religious schools which they are, of course, still free to exercise all they like--and at taxpayer expense.

DeVos's short but energetic press release is her standard argument on this subject. The history of American education is "sad and static" and "too many students have been discriminated against based on their faith and have been forced to stay in schools that don't match their values." (Again, this makes far more sense if you recognize that by "faith," DeVos means "Christian.") But in DeVos's world, Christians are victims of the "last acceptable prejudice." Mind you, this is the woman who has been crystal clear since her confirmation hearing that she cannot imagine a situation in which the feds would speak up to prevent a school from exercising bias against race, that she cannot (and has not) imagined a situation in which she would step in to stop discrimination against LGBTQ students. But oppressed Christians are another thing.

If you've missed the part where Christians have been oppressed, that may be because you are not up on the current definition. Attorney General Barr also put out a press release to say he was happy that Montana lost because the exclusion "prevented parents who send their children to religious schools from receiving scholarship funds."

There are problems with poking holes in that wall between church and state--and they aren't just problems for the state. For instance, if we have taxpayers funding schools that reject and expel LGBTQ students, or teach that slaves and slave-owners lived in happy harmony (just like dinosaurs and humans), we can either let them do it, and tell the taxpayers that they get zero accountability for how their money is spent (imagine a world in which you must spend tax dollars to support a school that would rejects your own child. Or the state can step in and insist that it have some accountability to go with its investment. This can get super-messy; for instance, Kevin Welner (NEPC) suggests that since SCOTUS split the hair around actual religious activity, the state could carefully examine a school to make there were no religion classes being taught during the day. (The rest of his analysis is good, too.) Goodness--they might even be forced to accept some of Those Peoples' Children into their school.

People too often think of the imaginary wall between church and state as a protection for the state, but it's also protection for the church. As certain occupants of the nation's highest office are demonstrating, any shmoe can claim to be a Christian, and any shmoe will if there is advantage to be gained by it. As the saying goes, when you mix religion and politics, you get politics. Government money comes with government strings.

Some Christianists have bigger pictures in mind. Many's the time I've heard religious conservatives talk about taking schools back (along with some other institutions). For these folks, the dream is a world in which public education is gone (or at least limited to warehousing Those People's Children). Theocratic rule suits them just fine.

We'll see where this decision takes us. Some states (looking at you, Ohio and Florida) have already constructed their own workarounds and won't be much affected. A couple of others have voucher systems that will now have to be changed.

In the meantime, we get to see DeVos once again put on full display her disdain for and ignorance of "sad and static" public education. She wants states to "seize the extraordinary opportunity to expand all education options at all schools to every single student in America." Well, of course, she doesn't mean "all" students (get those dreamers outta there), but she's sure hoping this is the beginning of the end for public education. May she not have days this happy again for a long long time.


Posted by Peter Greene at Wednesday, July 01, 2020
Email ThisBlogThis!Share to TwitterShare to FacebookShare to Pinterest