Baradaran: The Neoliberal Looting of America

Mehrsa Baradaran, who wrote The Color of Money: Black Banks and the Racial Wealth Gap (a properly self-explanatory title), had a great piece this week in the New York Times-- not directly about education, but involving many points that folks in the education world will recognize. "The Neoliberal Looting of America" is behind the usual paywall, and if you have means to get past it, I recommend that you do. If not, here are a few key points. 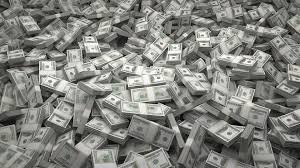 Baradaran traces the history and growth of neoliberalism's "ideological coup" that transformed our society, rising out of post-war concerns about them damn commies, rising through the sixties, until

By the 1980s, neoliberalism was triumphant in policy, leading to tax cuts, deregulation and privatization of public functions including schools, pensions and infrastructure.

Ronald Reagan aimed to unleash "the magic of the marketplace," and "neoliberalism led to deregulation in every sector, a winner-take-all, debt-fueled market and a growing cultural acceptance of purely profit-driven corporate managers." The rise of private equity firms have squeezed every last drop out of some businesses (see Toys R Us, J Crew, Hertz, etc). And while Baradaran notes that 2019 was the best year yet for the Captains of finance, she also notes that time has been hard of some of their favorite theories. See if you can recognize some of these terms from the neoliberal assault on public education:

An examination of the recent history of private equity disproves the neoliberal myth that profit incentives produce the best outcomes for society. The passage of time has debunked another such myth: that deregulating industries would generate more vibrant competition and benefit consumers. Unregulated market competition actually led to market consolidation instead. Would-be monopolies squeezed competitors, accrued political power, lobbied for even more deregulation and ultimately drove out any rivals, leading inexorably to entrenched political power. Instead of a thriving market of small-firm competition, free market ideology led to a few big winners dominating the rest.

Perhaps the ultimate argument against the privatization of public education, the championing of choice, the childlike faith in putting the invisible hand in charge of an education marketplace is that beyond the questions of ethics and morality and the mission of public education in this country, above all those arguments, is the fact that it simply doesn't work. It doesn't produce better schools. The profit motive does not drive better educating. Competition does not drive excellence. Even if the neoliberal promises for education are made in good faith, they simply don't deliver.

Baradaran offers some examples, like the banking collapse of 2008 in which the feds picked up all the risks on the theory that the invisible hand would "discipline risky banks without need for government oversight." This is another huge falsehood that neolibs love; Baradaran doesn't quite name it, but it's that belief we've heard over and over, that no accountability system is needed because the market will hold people accountable. Except it doesn't.

We've been trying neoliberal market-driven invisible-handy McKinsey-embracing privatization for at least half a century; it has been really good for folks at the top, and lousy for everyone else. Baradaran's prescription is simple--take things that belong in the public sector back to the public sector.

We can have competitive and prosperous markets, but our focus should be on ensuring human dignity, thriving families and healthy communities. When those are in conflict, we should choose flourishing communities over profits.

Amen to that. Nobody in the US should have to do without basic services, such as education, just because they can't make some hedge funder a few more bucks. And now I'm going to go order Baradaran's book.


Posted by Peter Greene at Friday, July 03, 2020
Email ThisBlogThis!Share to TwitterShare to FacebookShare to Pinterest