TN: When Charters Abandon The Community

So here we go again.

Another angry piece written about the abrupt closing of a charter school-- two, actually. This time it's a pair of KIPP schools in Memphis.

The closings were announced in April, the reasoning a little fuzzy. 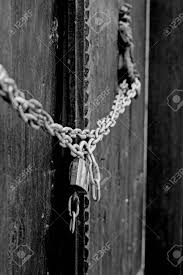 KIPP Memphis Preparatory Elementary and KIPP Memphis Preparatory Middle were par of Tennessee's failed experiment, the Achievement School District, a collection of schools taken over by the state and, generally, turned over to charter groups to run. In April, the board of the two KIPPs voted to shut them down. It was the Covid, they said. The Covid "prevented opportunities for the schools to receive long-term funding from historic philanthropic resources," which maybe-- I mean, reports were that the pandemic hasn't been hard on the rich folks. And aren't charters supposed to be able to operate on the same per-pupil dollars that public schools get? I mean, how many public schools are depending on their philanthropic backers to help them do well? The rest of the explanations don't get any better.

James Boyd, chairman of the KIPP Memphis board of directors said in a statement, “We strongly believe this decision is in the best interest of our KIPP Memphis community and is a step in the right direction to improve our organization’s ability to build a stronger network of schools.” This sounds at least a bit more honest-- "We did what was best for the company as a whole."

David Pettiette, a volunteer at one of the schools (so presumably not funded by philanthropists), lays out what happened after the announcement:

In an effort to limit bad press, KIPP offered a Q&A conference call to address the school closures so that the community’s voices could be heard. However, this session, which did not provide any A’s or responses from KIPP, was yet another unthoughtful decision made by the organization and proved to be an unsuitable forum.

Many families had trouble accessing the call due to technical difficulties generated from the third-party conferencing system used. The call itself went just about as you’d expect. It opened with two pre-recorded statements from KIPP’s board of directors and regional team, which were both vague and painfully insincere.

The comments from parents and staff were anxious, frustrated and morose –a wide variety of emotions. While listening to the call, I couldn’t help but think that the occasion warranted a more personal approach.

Pettiette is angry that the decision was made based on what was best for the company, that it was based on financial issues, that KIPP gave up after only a few years, that they cited "failure to fulfill academic promise."

Yet none of this is, or should be, a surprise. Charter schools, with very few exceptions, and most especially when we're talking about the big chains like KIPP, are businesses. They make decisions based on business considerations, not educational ones, and not community ones. They cloak themselves in the language of "public school," but that's a marketing consideration. It gets people to make assumptions without the charters having to make promises they don't intend to keep.

That includes, especially, not making any promise to stay open when it doesn't make business sense to do so. This map only takes you through 2013, and it shows 2,500 charter schools closing. Or look at the NPE report showing the billions of dollars spent on charters that closed quickly or never even opened.

Look, as I've said repeatedly, I don't think there's anything inherently evil or wrong about businesses or a business mentality-- but they are a bad match for education. If you enroll your chid in a charter, that's not a school, it's a business, and probably a fresh start-up at that. There is no promise of permanence, no promise to put your child's needs ahead of their bottom line. There are literally thousands of stories like this one in Memphis.

Meanwhile, that leaves just four schools in the Achievement School District, charters all.
Posted by Peter Greene at Friday, June 26, 2020
Email ThisBlogThis!Share to TwitterShare to FacebookShare to Pinterest