This week you may have run across a piece entitled "How the Union Stopped Innovation at My School." The piece, which has turned up in numerous California outlets, was written by Jessica Chapman, a teacher at Gompers Preparatory Academy. Chapman's story has been steadily promoted by For Kids and Country, the organization run by Rebecca Friedrichs, a former teacher who loves Jesus and America and hates unions. 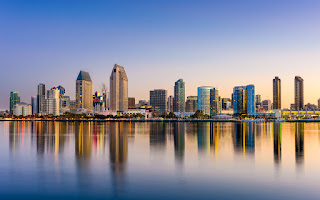 Chapman leans on an oft-repeated story about Gompers. The school was formerly a middle school in San Diego, and it was universally considered a miserable mess. The school became Gompers Preparatory Academy in 2005, a charter school that focused on college prep, including a partnership with UC San Diego. Chapman paints an inspiring picture of what "innovation" fueled. Soaring test scores, college acceptance, more rigor, and, that classic charter marketing point, 100% graduation rate. This, Chapman says, is what you get when you "remove the constraints of politics."

By that, she appears to mostly mean "getting rid of unions." Unions are why all schools aren't as wonderful as Gompers. Unions are a special interest, set up to grab all the money and deliver crappy educations to students they don't care about. The unions are out to get charters and have advanced a "deceptive" message creating "a campaign of divisiveness between traditional public schools and charter schools." And now they're "scheming to unionize charters" because....? This is where the reasoning of this anti-union screed always runs aground for me--if unions are money-grubbers, would they not want more charters in order to seed more money-grubbing local chapters?

At any rate, Chapman is upset. "The union invaded our Gompers in 2018 under the false premise that the school was not serving teachers well."

That invasion came in 2018. Teachers at the charter cited the issues of unequal pay, an 11-month school year, required work over holidays, and a lack of teacher voice in decision-making. They asked for a "clear and transparent" pay scale. Teachers also complained that teacher evaluations were infrequent and not useful, and they also alleged that administration shot down the organization of clubs such as Gay-Straight Alliance and a Black Student Union. Shockingly, these conditions reportedly led to high turnover and burnout among staff.

In January of 2019, the teachers had acquired signatures from 80% of the staff, and the San Diego Education Association had one more charter school local association. But some folks, like Mrs. Chapman, were unhappy, declaring that the union had gotten those signatures through lies and trickery. "We never even given the respect of a vote," she declared. Negotiations began, with the union declaring that it wanted to make attraction and retention of great teachers their number one priority, both because they wanted to work on a strong staff, and because they thought the issue would allow them to collaborate with administration, build trust, and avoid an adversarial relationship.

Well, it was a nice thought, anyway.

Chapman and others, like the California Policy Center, a right-leaning anti-union thinky tank member of the State Policy Network, decried the death of innovation, but Gompers "innovations" seem to be the same old thing. The "tools that propelled Gompers' success" were "merit pay and the director's authority to hire and fire teachers based on performance" aka "any reason he feels like." Many of the anti-union voices talk about the threat to how Gompers is a family, a "home," which is a cheap way to avoid treating staff like professionals, to shame them for even bringing the subject up-- "Come on. Work a few more weeks for free, because you love the family." Meanwhile, the head of the family, heading this single charter school, made almost $150K-- as much as the highest-paid principal in the San Diego public school system.

As is often the case, miraculous achievements deserve closer scrutiny. A 2017 investigative report found that Gompers actually posted the lowest test scores in the county (I know-- who cares-- but if that's the game you're going to play, play it honestly), and teachers claimed that grades are inflated at head honcho Vincent Riveroll's direction.

“He knows he’s not allowed to say, ‘Change their grades or else,’” said former Gompers chemistry teacher Ben Davey.

“But he can say, ‘You’re killing these kids, are you sure you want to leave it as an F?’”

Grade inflation is one of the few issues that school officials have actually tried to respond to. 100% graduation? The oldest trick in the charter book-- "counsel out" students who are having trouble. One year's snapshot shows 136 students in 9th grade, 103 in 11th, and 91 in the senior class. And a director reminding teachers that they'd be killing a kid to give them a grade that would stop them from graduating. Unfortunately, reports are that those same students hit college unprepared and floundering.

Giving teachers a stronger, more collaborative, more professional status at the school might help. But Gompers is not done trying to fight the union.

Gompers is yet another charter business that decided to grab some of that Paycheck Protection Money from the feds, pulling in $2.25 million from PPP and another $408K from CARES. But it has turned around and laid off 29 teachers from staff. That's about a third of the staff. And while the board (which did not meet between January and June, because "innovation"?) says it laid teachers off strictly based on seniority, that seems an odd claim coming from folks who believe that it's important that the director hire and fire based on merit. The union's theory seems more plausible-- that the furloughed teachers represent a big chunk of the union activists at Gompers. Departments like math (which was already patched together with subs) and English are being cut to the bone, while phys ed will be wiped out entirely. Meanwhile, Chapman and other anti-unionists have petitioned to have the union de-certified.

Hard to say what comes next. I'm sure Chapman will keep us updated, though I feel like this is a mashup of several movies I've seen before. If Gompers were smart, they would embrace the union and let it help them make the school stronger and better; if not, they can just keep fighting to keep the staff compliant and cheap while papering over the results with marketing claims. But when you hate unions more than you love your students, I guess this is what you get.


Posted by Peter Greene at Thursday, June 25, 2020
Email ThisBlogThis!Share to TwitterShare to FacebookShare to Pinterest