I've frequently kvetched that a central fallacy at the heart of school choice is the notion that several parallel school system can be run for the cost of one. "Why," I ask, "can't politicians have the cojones to just say they think school choice is so important that they are going to raise peoples' taxes to pay for it?"

Well, the legislature of Ohio (motto "We want to be Florida when we grow up") is coming really close.

You will recall that Ohio school districts are facing an explosion in costs as they enter the next phase of the privatization program. Phase One is familiar to most of us--you start out with vouchers and charters just for the poor families who have to "escape failing public schools." Phase Two is the part where you expand the program so that it covers everybody. 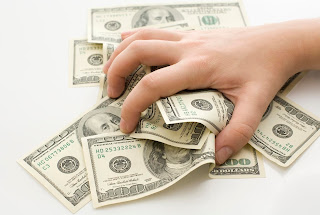 Well, Ohio screwed up its Phase Two. Basically, they expanded the parameters of their privatization so quickly that lots of people noticed. The number of eligible school districts skyrocketed, and that brought attention to a crazy little quirk in their system, as noted by this report from a Cleveland tv station:

We analyzed data from the eight Northeast Ohio school districts that paid more than $1 million in EdChoice vouchers to area private schools during the 2019-2020 school year as part of the program.

Out of the 6,319 students who received EdChoice vouchers, we found 4,013, or 63.5%, were never enrolled in the district left footing the bill for their vouchers.

Yep. That means that at the moment this kicks in, the district loses a buttload of money, while its costs are reduced by $0.00. This means that either the local school district cuts programs and services, or it raises taxes to replace the lost revenue, effectively calling on the taxpayers to help fund private school tuition for some students. I wonder how many legislators who helped engineer this are also opposed to plans from Democratic candidates to provide free college tuition at taxpayer expense?

The legislature has been running around frantically trying to-- well, not head this off so much as slow it down just enough to reduce the number of angry phone calls their staff has to take. Nobody seems to be saying "This is a mistake" so much as they'e saying "Doing this so fast that people really notice is a mistake." Someone cranked the heat on the frogs too fast. Meanwhile, this weekend was their last chance to get this fixed before next year's voucher enrollment opens, and they have decided to punt because everyone is getting cranky.

And Betsy DeVos has joined the fray, apparently invited by some pro-choice legislators to help out. Actually, behind the scenes legislative arm-twisting is the one part of her job she has experience with, so she may help. Meanwhile, reformsters argue that it's no big deal and it's the public school systems own fault for not keeping these voucher-users enticed to public school, though given the number of vouchers being used at Catholic and other religious schools, I'm not sure how, exactly, the public school was supposed to compete.

It's a big fat mess (here's the meat of the mess in four handy charts), but I want to underline again that part of it is that the Ohio legislature now wants taxpayers to help foot the bill for private school education, for some people, including those who were never ever in a public school to begin with.

Time has run out for a neat fix. Stay tuned to see what ugly mess they end up with. Meanwhile, Florida yesterday showed that they still know how to boil those frogs-- yesterday they expanded the reach of their voucher program while reducing state oversight of it.

Posted by Peter Greene at Friday, January 31, 2020
Email ThisBlogThis!Share to TwitterShare to FacebookShare to Pinterest