This is not the first time the issue has come up. Back in 2016 the Lt. Governor called the report "too negative" and pushed to have it made "more fair." The report was not substantially changed-- just more data added. But in 2016 it still showed that North Carolina's charter schools mostly serve whiter, wealthier student bodies. This prompted a remarkable explanation:

Darrell Allison, president of Parents for Educational Freedom in North Carolina, said that fact is simply a reflection of which families are applying to charters. 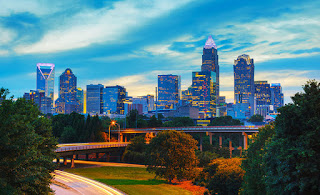 Well, yes. Education reform in North Carolina has been about crushing the teachers' unions and teachers themselves, while also being aimed at enabling white flight and accelerating segregation. One might be inclined to deduce that they hope to set up a spiffy private system for whiter, wealthier folks (including a corporate reserve-your-own-seats policy) along with vouchers, while simultaneously cutting the public system to the bone so that wealthy taxpayers don't have to spend so much educating Those People's Children. North Carolina has done plenty to earn a spot in the education policy hall of shame, enabled by some of the worst gerrymandering in the country.

But while NC legislators don't seem to experience much shame over what they do, they sometimes worry about how they look (remember the great bathroom bill boycott of 2017). So now the charter report is going to be carefully whitewashed.

For instance, the report included a section about the racial impact of charter schools. But amid concerns that it might contain “misleading” wording that could be “blown out of proportion,” that section will apparently be removed. Regarding the report, " I think it doesn’t actually represent what I believe to be true," said Alex Quigley, chairman of the CSAB. "And given the choice between facts and the stuff I choose to believe, well, my beliefs and our charter marketing should come first." Okay, I made up the last part, but that first part he totally said.

What data said is that 75% of charter schools have a white student enrollment that is more than 10% "off" from the surrounding district. Well over 50% of charters were off by more than 10% on black enrollment numbers. State law says that charters have to "reasonably reflect" the makeup of the district's where they are located.

Kris Nordstrom, education finance and policy consultant for the N.C. Justice Center’s Education and Law Project. was author of a 2018 report that found North Carolina resegregating. He puts it this way:  “The questions they’re debating are mostly questions of math. Are charter s contributing to segregation? That’s a math question. The answer is yes.”

But the segregation issue is not the only part of the charter report that makes-- well, would have made-- charter advocates sad. Joe Maimone is a non-voting CSAB member and the state superintendent's chief of staff, and he has concerns:

"The big one im concerned about is the A, B, C, D, F breakdown by percentage of economically disadvantaged [students]," Maimone said. "I think that’s a very misleading chart and is going to get blown way out of proportion if we don’t either remove it or give some greater detail on it."

Here's the misleading chart in question:

Yes, that set of data might mislead one into thinking there was a direct connection between a school's grade and the number of poor students that school served, if by "mislead" you mean "cause one to conclude through use of your eyeballs and the basic sense God gave you." You might be mislead into thinking that charter success is based strictly on what sorts of students the charter enrolls, and not any special chartery magic. I should also point out that the data could mislead one to thinking that standardized test scores are a lousy way to evaluate schools of any sort.

CSAB members also requested more positive charter stories in the report, like noting that half of charters open one to five years provide bus transportation. I did not make that part up. At some point the final version of the report will come out. One can only hope that it will make charter advocates happy and not muddy the water with confusing facts.

Posted by Peter Greene at Monday, January 06, 2020
Email ThisBlogThis!Share to TwitterShare to FacebookShare to Pinterest