When The Wall Of Separation Comes Down

As noted earlier this week, the Supreme Court has decided to hear a case that could blow a hole in the wall separating religion from public schools. Lots of folks are salivating at the prospect, from hard-core libertarians to the Dominionist folks who think the church should take back the school system.

So let me say again what I have said many times before-- if the wall separating church and state comes down, people of faith will rue the day. 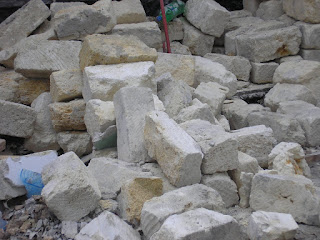 June provided an example of exactly why rue-age will ensue. The Kenai Peninsula Borough council decided it would try to work its way around the establishment clause since, like many local government bodies around the country, it really wanted to get some prayer into its meetings. But not just any prayer-- so they whipped up a policy saying that only chaplains serving in the military, law enforcement agencies, or representatives of local established religious organizations could offer a pre-meeting prayer. The Alaska Superior Court, because they've read the Constitution and are not dopes, ruled that policy unconstitutional. The board tried to broaden its policy, feeling the heat from an atheist, a member of the Satanic Temple and a representative of the local Jewish community. They were unsuccessful.

And that's how members of the council and the public ended up walking out on their own meeting while Iris Fontana opened the government meeting with a prayer to Satan.

It never fails. Enthusiastic fans of bringing down the wall always seem to imagine that only their own Christian faith will come through the breech. And yet it has been almost fifteen years since the Church of the Flying Spaghetti Monster became a visible advocate for religious pluralism.

Here's what's going to happen. If you win the right to spend tax dollars on religious institutions (like, say, private schools), sooner or later you are going to be shocked to discover that your own tax dollars are supporting Sharia Law High School or Satan's Own Academy. And that's not going to be the end of it. Where resources are limited (there can only be, for instance, as many meeting opening prayers as there are meetings), some agency will have to pick winners and losers. Worst case scenario-- you get a government agency empowered to screen churches and religions. You can paper over it, as Kenai Peninsula apparently did, by turning it into a lottery (but what does it mean that God apparently let Satan's crew win that drawing).

No matter how you slice it, busting that wall of separation will not just let religion on to the government side-- it will force government onto the religion side. Your church will have to lobby and politic for representation on the Upper Boswash Religious Observance Approval Commission.

And all of that is separate from further issues--like whose faith-based bad science gets taught, or whether or not smaller religious groups are entitled to a certain minimal amount of taxpayer support to keep things equitable.

Not to mention the great encouragement this gives people to fake faith. Many many many local government boards open meetings with prayers; while I'm sure in many cases that has grown out of a sincere faith, I'm betting it's an awful lot of putting on a good Godly faith for the electorate. How many fake Christians does the church want to absorb?

Yes, the wall is probably going to come down, and I'm going to hate that. But before all is said and done, I'm betting lots of people of faith are going to learn to hate it, too.
Posted by Peter Greene at Wednesday, July 03, 2019