We have repeatedly seen examples of ed tech innovations that hinge on surveillance, and not just surveillance, but software to interpret what the surveilled data means. 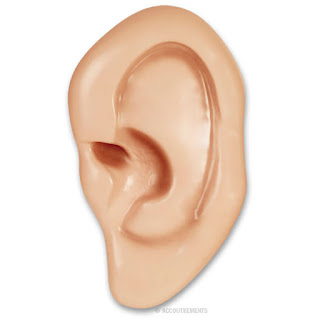 This results in some huge promises. Here's software that says it will read student facial expressions and eye movements to determine if anyone is learning. Companies are lining up to tell you all about the social and emotional well-being of students. And in one of the finest examples of building mountainous conclusions out of data molehills, NWEA will now tell you how hard students are working and how well they're engaged, based on how long it takes them to bubble in a multiple-choice answer.

ProPublica and Wired decided to take a look at yet another piece of software that claims to be able to read hearts and minds both in schools and in a few other places as well. You will be shocked--shocked!-- to discover that this is yet another piece of tech that has big dreams but little to back them up with.

Sound Intelligence, a Dutch company that hopes to set up shop in Chicago, has some audio analytics it wants to sell you.

Yes, in addition to more standard fare like gunshot detection and breaking glass detection, Sound Intelligence offers aggression detection that promises, among other things, to detect  "fear, anger, duress and verbal aggression" including "early warning and intervention to prevent physical aggression." It can also be seamlessly integrated with your video surveillance. Good to know.

To be fair, there is a level of credibility here. Most high school teachers can quickly parse the difference between the sound of students screwing around play fighting and the sound of students who are a few seconds away from throwing down. Can that be translated into software and science?

Well, ProPublica finds the aggression detector "less than reliable." In their trial, it ignored a student screaming and flagged a student coughing. It also flagged a YouTube clip of Gilbert Gottfried. Guessing at Pictionary triggered it, as did students cheering for the arrival of pizza.

The article doesn't really address the other problem with surveillance software-- the storage and use. The company promises that it will record triggering incidents for playback, but where do they store all this, and who has access. Which students will later have trouble getting a job because they were recorded coughing aggressively in fourth grade?

The article is otherwise thorough and worth the read, if for no other reason to remind you that the continuing problem with all these tech surveillance solutions is not just that they are intrusive and Big Brothery, but also that they aren't very good at doing what they say they're going to do. But remember-- not only is Big Brother watching, but he is also listening.
Posted by Peter Greene at Tuesday, July 02, 2019