You may skimmed past reports of the San Diego indictment of charter scam artists thinking, "Ah, just another charter fraud story." But this $50 million scam is worth a closer look because it highlights several of the problems with modern charters. 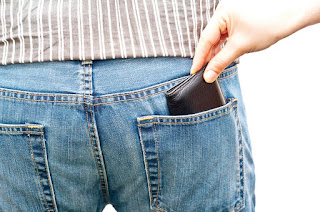 The scammers were led by Sean McManu and Jason Schrock. McManus is Australian, but as various other operators have shown (particularly the infamous Gulen chain), there's no real barrier to non-Americans getting into the business of owning and operating US schools. The indictment of eleven defendants runs to 235 pages, and is the result of a year's worth of investigation.

The San Diego Union Tribune has been digging through the indictment, and though the business has been widely covered, their reporters, Morgan Cook and Kristen Taketa, have done an exceptional job of picking apart the details. Most of the following details are taken from their account.

McManus was already in the charter biz when he teamed up with Schrock in 2016 to kick the scam off with a perfectly legal maneuver-- buying a couple of cyber charter schools. This is one of those features of charters that distinguishes them from public schools-- they can completely change owners and operators. In fact, in 2017, McManus sold off another cyber charter operation, which was soon in the process of tying to take over yet an other school.

McManus and Schrock took the two schools and changed the names-- several times, in fact. It's a novel feature of charters. You can stay with one school even as it changes hands to completely different operators, or you can think your changing schools when you're actually jumping right back into the same school. The other side effect of all these shenanigans is that parents who want to do their due diligence and check out a school before enrolling can't really do so because repeated name changes and mergers and acquisitions obscure the trail.

The "new" schools started  a summer program that-- well, lied. It claimed more days of operation than it actually pulled off. Worse, it started using a network of youth programs and coaches to buy contact information for students, then used that information to create bogus enrollment, collecting payment for students who never actually enrolled in the program and others who were enrolled, but didn't actually do anything.

The pair also set up a group of 19 different cyber charters. This step required some authorizer shopping. In California, as in several states, an authorizer (in this case a school district) can greenlight a charter that operates in other districts entirely. Getting authorization from LAUSD can be difficult, but a tiny district like Dehesa Elementary School District are super-grateful for some extra income that is essentially free-- all they have to do is a little state paperwork.  Theoretically they are supposed to provide oversight, but in this set-up, they have a strong financial incentive not to kill the charter goose that is laying the budget-boosting golden eggs. Dehesa has 145 students of its own, but when counting students at all the charters it authorized, the total is over 8,000. Some reports put it as high as 20K.

That maybe why nobody was complaining, or noticing, as the pair set up a web of companies and proceeded to shuffle money around and back to McManus and Schrock. Those marketing and consulting companies let the pair hoover up a ton of taxpayer money. It's not clear from the reporting whether McManus an Schrock's schools were for-profit or not, but it doesn't matter. This is how you make money with a non-profit charter. The pair grabbed $50 million in just two years. Ka-ching.

The other indictees were involved in one part or another of this lucrative scam. Meanwhile, McManus has skipped town (and probably the continent). Some indictees have offered creative defenses. One defendant's lawyer reminded the newspaper that in this country, you're innocent until proven guilty. And then there's this:

“Charter School Experts often cannot agree on the meaning of these regulations,” wrote Chuck LaBella. “The full facts demonstrate an absence of any intention by Mr. Schmitt to violate any law.”

Meanwhile, a few thousand students are cheated out of a legitimate education.

The twitterverse rebuttal has been, "Oh, yeah. You're just focusing on charters. I'll bet we could public school scams just as bad." Maybe. But the oversight provided by a locally-elected board and mandated transparency of financial dealings would make it pretty damn hard. To pull off a scam of this magnitude, you need to wide-open barely-regulated low-oversight world of charters.
Posted by Peter Greene at Wednesday, June 05, 2019
Email ThisBlogThis!Share to TwitterShare to FacebookShare to Pinterest