It was a tweet by Jose Luis Vilson that drew my attention to the quote:

“It doesn’t cost one penny more to have higher expectations for kids, to actually believe that kids–low-income kids, kids of color, English-language learners–can succeed,” he says.

The speaker is TNTP CEO Dan Weisberg, speaking about TNTP's latest "report." I've addressed that report elsewhere, but this particular idea is worth a closer look because it has been so persistent. Arne Duncan was a big believer in the magic of expectations, and Reformsters have often touted its powers-- perhaps precisely because it is a "reform" they can have for free.

But are expectations free? 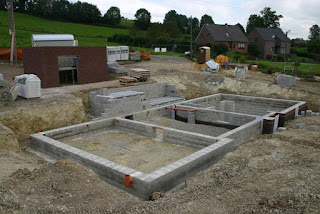 I mean, I can expect someone who is confined to a wheelchair to live a full and active life-- but somebody needs to provide that person with the actual wheelchair as well as appropriate physical therapy. Stephen Hawking's super-cool chair, computer interface, and voice synthesizer were not free.

And when we talk about education, there's a problem with free if by "expectation" we mean that a teacher should expect a child who is hungry, who lives with poverty every day, who lacks support for education at home, who lives with fear and instability in her world-- well, if we're just supposed to "expect" that child to handle school as if she lived a comfortable, stable, well-fed existence, that's just wrong.

It is also wrong to "expect" that students who go to school where there are not enough books, not enough desks, not enough supplies, but plenty of mold and decaying corners of the building-- to expect those students to approach school as if it were well-supported, well-funded, shiny and clean. Too often this business about the soft bigotry of low expectations is another way to say, "No, we're not going to fully fund this school, nor are we going to address the systemic racism and poverty that surrounds it-- just get in there an expect harder."

There is, of course, a solid core of truth to this talk about expectations. Every decent teacher understands that expectations are important in a classroom, that if you approach students with an attitude of "Well, these are just the dumb kids, so let's not expect much, try much, or do much" you are failing those students.

But. But but but.

A good teacher masters the art of calibrating expectations. Expect too little, and the student coasts and learns too little. But expect too much, and expect it too inflexibly, and you will break the student, push the student past the point of frustration so that she simply gives up, dejected and demoralized. This careful calibration has to be teamed up with a teacher's sense for what support will look like-- what ratio of hand-holding to ass-kicking does each student need. And of course both of these factors need to be recalculated every day. (This is also the kind of learning personalization that I don't imagine a computer program ever providing, ever.)

But isn't all that free? Can't a teacher throw in the whole calibration of expectations and support at no extra charge?

Yes, and no. Because what we're talking about is a teacher's relationship with her students, and that is directly affected by the number of students in that classroom, which means, ultimately, that it's a budget item. If you want a culture of high expectations in your school, you will need to spend enough money to have small class size.

It's hard to believe that guys like Weisberg and Duncan don't know they're spouting baloney. First off, they never add the corollary "If colleges and universities would just raise their expectations, it wouldn't matter how well-prepared students were coming out of high school."

Second, anyone who looks at a wealthy, well-funded, well-supported, shiny school full of high achievers will find a district clearly motivated by the idea, "We expect lots of great things from our kids, and therefor we are going to spare no expense to give them every possible tool to help them accomplish those things." Nobody ever won a school board election in those well-heeled districts by saying, "Let's just cut all our taxes, cut back on buildings, slash all the extra programs, and just tell teachers to expect harder."

Expectations are just a form of faith, and even the Bible tells us that faith without works is dead. Expectations matter, but expectations are only a foundation and no, you can't build the house for free. "Teachers should just expect harder," is just an excuse for politicians and policy wonks to avoid the issue of giving underserved, underfunded schools the resources they need, the kind of resources and funding that politicians and policy wonks would give them if those guys really, truly believed in the success of those students.
Posted by Peter Greene at Wednesday, October 24, 2018