I hate this. I hate it. You hope it never comes in your career, but the odds are not on your side. The rates have been rising, and rising dramatically. And that's everywhere.

We had driven seven hours to get to Indianapolis, and as we were checking into the hotel for the Network for Public Education convention,  I saw that one of my former colleagues had been trying to call all afternoon. I checked my text messages.

A former student is dead by their own hand.

I never taught this student in class. He was on my stage crew, a little awkward and uncertain, but a hard worker. He learned the skills, helped out for concerts and shows, earned respect of upper-classpersons, even got a nickname that he could carry with pride. During one school show, he ran curtains and was also key grip; during the show his job was to sweep some junk off the stage. He always got applause for that. 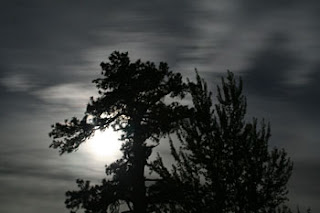 After a couple of years on crew, he drifted away. I tried to convince him to come back, but he was running with a new crowd. And so he drifted out of my orbit.

Why did this happen? Nobody knows. Nobody ever knows. And I hate to be able to use the word ever, but after almost forty years teaching, this is not new. One of my own yearbook editors. Two different sons of two different old friends. And that's before we even start to look at students who find other ways to channel a self-destructive desire.

We wonder if we could have done something differently, made some sort of statement, spoken some other word that could have changed the course of this young human life. The answer is probably not, but then we wonder if that makes us feel better or worse. Worse. Everything makes us feel worse.

The school gets quiet. The students are beautifully, painfully kind to each other. For at least a while, it penetrates that life is short and every conversation could be the last one you have with that person, so maybe don't be a jerk. Is it okay to laugh, to find something funny, to be happy? For a while nobody is sure. But it's hard, even exhausting, to live that mindfully, and so, slowly, everyone drifts back to normal, except for those who were closest and have to grope their way to a new normal, a normal in which this person who was in the world no longer is. A new normal in which you have to wrestle with the realization that this person left the world, and had lived in the world for some time, in pain and darkness.

In the meantime, you put a face on and try to do business as usual, because some people are far removed from the event, and it seems unfair to drop a big slice of darkness on them. But it also seems unfair to carry on as if it isn't suddenly night. It just all seems unfair.

How does someone so young fall into a night so long? How does someone whose life is mostly possibilities, so many that they should be stretched out as far as the eye can see- how is it that someone looks to the horizons and sees nothing rushing toward them but a black and endless night?

There is nothing good about any of this. This is night without a ray of sunshine, a cloud with no lining except more emptiness. But there are things to learn. That life is precious and shorter than we like to imagine. That the people around us are all carrying baggage that we don't begin to see or sense. That much of what passes for "trouble" or "a problem" is whiny baloney. That, as Vonnegut told us, "On the outside, babies, you've got a hundred years here. There's only one rule that I know of, babies- God damn it, you've got to be kind.” That there is no excuse for making somebody's life harder on purpose. That as parents and teachers, the one thing we hope for is to get our children grown without them making any bad moves that can't be undone.

This time, there's no visitation, no funeral. Students will have to sort things out on their own, without any comfortable rituals or gathered community, and so we're left, as always, to navigate a portion of the night on our own. That may be the biggest lesson of all-- don't leave people to navigate the darkness alone.

Teachers can't fix everything-- we certainly can't fix this. But we can stand with our students, even if all we do is model how to stand, no matter how unsteadily, and face the next night. We can discuss endlessly-- and I'm sure we will-- what to blame, what to do, what to say, but for the moment it's more than enough to stand against the long night and make sure that nobody, however young, stands alone. Be kind. Be better. Take care of each other. And remember enough about this time that when the next time comes-- and it will-- we're not caught by complete surprise.

The long dark night of the soul should be, if it must be, for old men and wizened women. For people who have built the heart and sinew to stand up to it. Not for the young. Never for the young. It's not just the strength; it's knowing that night passes, morning comes. You don't have to be strong enough for a lifetime; just till the light returns. The night may look like the darkness stretches out forever, but wait. Hang on till morning. Just till morning.

He was a good kid. I hate this. I hate it.
Posted by Peter Greene at Monday, October 22, 2018
Email ThisBlogThis!Share to TwitterShare to FacebookShare to Pinterest