New Hampshire has weathered a variety of voucher proposals over the years, always turning them back, and the latest seemed like no exception. Having turned the legislature Republican, the voucher fans were hankering to finally get their way, but when over 3000 people showed up at hearings to explain how much they didn't like the idea, the GOP graciously yielded to the will of the electorate. Ha ha--just kidding. They tucked the voucher bill into the budget.

It's a smart maneuver if you're more concerned with getting your way than with listening to the voters, but the voucher program is not out of the pine-filled woods yet. 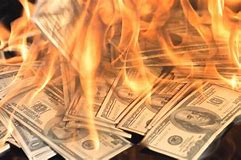 Tomorrow (Thursday, August 19), the Joint Legislative Committee on Administrative Rules (JLCAR) is set to vote on interim rules for the "Education Freedom Accounts" (another version of the education savings account, beloved by hard-right folks because it both finances private school vouchers and gets rich people out of paying taxes).

JLCAR is not tasked with determining whether the voucher law is a good law or a bad one (spoiler alert: it is one of the worst). But their legal team does look for places where it might conflict with existing laws, and they have spotted some issues:

Minimal oversight and "impermissible delegation of authority." ESA's are notable for their lack of oversight; the family gets a voucher (often in the form of a loaded debit card) and they can spend it on whatever educationy thing they like. There's a middle-person, a "scholarship organization" that distributes the money. In New Hampshire's version, nobody screens the the scholarship organization or vendors on the EFA eligible list (just ask, and you're on), and a long list of ways that the state is not allowed to dictate or limit the vendors (including, of course, religion). Nor are there any limits on which families can apply for a voucher, which really broadens the way that the vouchers will be spent (if you're already sending your kid to Philips Exeter, you don't need help with education basics, but a voucher might be nice for a computer upgrade or "educational" vacation).

No protections for student private data. There's no requirement for vendors or scholarship organizations to follow any existing privacy laws when it comes to student personal, health or education records. There's no sign anywhere that scholarship or service providers have to follow federal basics like FERPA or HIPPA, and there are no protections at all for data privacy.

If JLCAR says these rules won't fly, the legislature backs up and does some rewriting (which has apparently already been going on). The best hope here is that New Hampshire ends up with a terrible voucher program that is marginally less terrible. The only other hope here is that continued noise about this underhanded giveaway to privatizers awakens more state residents who remember it all up through the next election. These folks have made a swift, sneaky, sloppy attempt to shovel education money away from public schools and toward private operators; here's hoping that someone other than students gets to pay a price.