When you pull up the front page for LexGen, it looks like many other slick, professional websites. It’s clean and open and focuses attention on the organization name and their goal— “to make civics education simple, fun and accessible.” Scroll through the site, and you see that LexGen has big goals. They are concerned about the level of civics education in this country and their rallying cry is nothing less than “Let’s change America.” Their goal is to create student-friendly curriculum materials and to set up chapters of the organization throughout the fifty states. Like most education start-ups, this one has a bold vision.
When you look at the pictures of the team members, however, you might be struck by how young this group of leaders looks—even for an ed tech start-up. That’s because they are all high school students.
LexGen founder Abhi Desai shared that he had become interested in politics and government in 8th grade, but as a high school student became discouraged at how little his peers knew and understood about civics and government. He spent last summer as a research intern at the William Monroe Trotter Collaborative for Social Justice at the Harvard Kennedy School. Last April, he launched LexGen.
The timing is propitious; just in the last month, education critics have pointed at the low history and civics marks on the National Assessment of Educational Progress and tried to explain the cause. For the last few years, there have been increasing calls for more civics education for K-12 students. 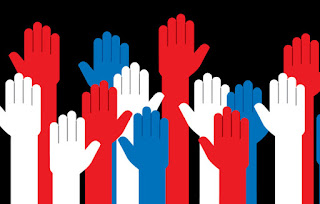 Desai is a student in Phoenix, Arizona; he started LexGen as a smaller community initiative. With only a few similarly-interested teens at his own school, Desai reached out over social media and five other civically-engaged teens contacted him. A leadership team and a broader vision were born. LexGen’s leadership team comes from across the country, from California to Illinois.
Their focus is on the 21st century concerns of their generation. Desai says, “This means going above and beyond, promoting not just basics but also skills such as media literacy. In an internet world, being able to evaluate sources of information is an integral part of civics.” LexGen also sees civics as a tool to increase “the engagement of minority and lower-income groups in the political system.”
LexGen started out developing units for classroom use as part of their plan to create an open source collection of resources that were clear and engaging (One sample is available on their site and others are available upon request). But when pandemic school closures began, the group pivoted more heavily to their other focus—short informational videos, some of which can be viewed on their Instagram account @projectlexgen.
The organization has six chapters up and running and a panel of adults helping them manage the legalities. For adults who think that these students are overstepping in trying to design civics curriculum, Desai points out that this is a subject that students find easy to tune out as nonessential; “having the input of teens,” says Desai, “helps to mitigate this.” As a thirty-nine-year classroom veteran, I will add that having students who identify an issue and put their energy and passion into making their world better is just about as exciting as it gets. I have heard thousands of students complain that history is boring and stupid; it’s pretty awesome to see students set out to push back against that. In the end , part of the beauty of LexGen is that while it is promoting civics education, it is itself a civics project.
LexGen is nonpartisan, and the website provides all the necessary information, including a tab to help you register to vote. It’s just one other way that LexGen is trying to meet a need for more civics education in the US. Many critics have called for improved civics education in this country. This student-run nonprofit is answering the call.
Originally posted on Forbes.com
Posted by Peter Greene at Tuesday, May 19, 2020