"I Didn't Learn Anything"

At the very beginning of my career, I taught middle school students. Then one year I finally moved down to the high school and, to make the transition a bit easier, I taught many of the students as ninth graders that I had also taught as middle schoolers. 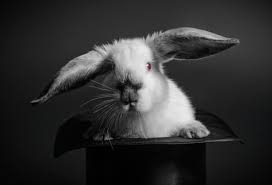 At the beginning of units, I often did a quick-and-dirty check for understanding. I'd mention the topic and then ask for a show of hands-- who thinks they already know a bunch about this stuff? who remembers going over it in class, but doesn't really remember much? who's never heard of this stuff before?

Time after time, I would get, "Mr. Greene, we never covered this stuff in middle school at all."

"Of course you did," I replied, crankily. "I'm the one who taught it to you." Thirty seconds of review, a practice sheet later-- "Oh, yeah. This stuff. I guess I did know something about this."

Later in my career, I taught downstream (the next graded after) from a newer hire. Her students would always insist that she had never taught them a thing. Then they would laugh and reminisce about how easily they could get her off track, or how they'd spend days of class just doing goofy stuff.

Then I would do some quick introductory quizzes about the material. Grammar, elements of short stories, basic writing stuff-- and they' know it, all of it. And I'd ask them "Where did you learn that, anyway" and they would get these expressions that were a mixture of puzzlement and amusement as they realized that they had learned all this material in that class in which they had never been taught a  thing.

Morals of the Stories:

Students are often really terrible judges of what they have and haven't been taught in a class. In fact, one of the things they should be learning is how to honestly self-evaluate. This is also how an assessment should work-- at the end of a really good final exam or project, that student should be sitting there thinking, "Damn, I'm smart!" (This, I suspect, was the missing link in my colleague's classroom.)

Other lesson? Some teachers are getting far more done than anybody knows. I've seen a couple of "My kid says he never learned anything in that class," and with all due respect, your kid may not have a clue. Do not write of a teacher (especially if that teacher is yourself) just because a student never noticed that learning was happening.

Some of the best teachers are, in fact, stealth teachers. Suddenly (at least, it feels sudden) you realize that you know stuff and can do stuff and you can't even remember how it got in your head. This is often a missing link for beginning teachers, who remember their favorite classes with their favorite teachers, but have no idea how that teacher made magic happen and consequently start out thinking that all you have to do is stand up in class and talk about some stuff and somehow learning erupts.

We compare good teachers to technicians and artists, but often they are magicians who somehow pull a lesson out of a hat without ever letting you see how it was done. The irony is that, like a good athlete or musician, they make it seem so effortless that the casual observer never gives them credit for their hard work and polished skill.

Like a great performer or athlete, a teacher experiences those moments when you feel as if the Thing is just moving through you, you're just a conduit, and a transparent one at that (like Emerson's transparent eyeball) as if all of your "me" has vanished.

That's why Teacher Appreciation Day is worth having, so that we take a moment and look at those stealth teachers to say, "I see you. I see what you're doing. And it is a damned fine trick. Thank you for sharing it with us"
Posted by Peter Greene at Thursday, May 07, 2020