The Pennsylvania GOP-controlled legislature is continuing its assault on public education, this time taking a page from the Betsy DeVos Big Book of Voucher Love.

HB 800 worked its way through the House a while back, and it has just cleared the Senate. The bill is a big wet kiss to the business community and to private schools, particularly religious ones. The Catholic Church loves this bill, as does ACSIPA, a network of Christian schools advocating for school choice. Meanwhile, the Pennsylvania Council of Churches is opposed. 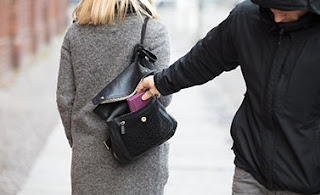 The bill expands the Educational Improvement Tax Credit (EITC), a version of the same tax credit scholarship that is behind DeVos's $5 billion scheme. Tax credit scholarships exist in order to circumvent the law which says that thou shalt not give public tax dollars to private religious institutions. Here's how it works.

2) The state lets the McGotbux family count their contribution, in whole or in part (depending on the law) as payment on their taxes.

3) Pat's Very Legit Scholarship Organization gives some student at So Much Jesus School a scholarship (in some states, the McGotbux get to decide which school gets the money).

4) Meanwhile, the state now has a tax revenue shortfall equal to the tax credit that the McGotbux received.

Put another way-- let's say I'm the state. If I collect tax money from the McGotbux and hand that money to So Much Jesus School, I'm in trouble with the law. But if I tell the McGotbux, "Look, instead of handing that money to me, hand it to this guy, and this guy can hand it to the So Much Jesus School, and I will consider your debt to me square." It should be noted that "this guy" will take a cut for his middle manning.

This cynical shell game generally comes with some sort of cap; that number is the amount of tax revenue that the state is willing to let be cut. If the state gives a bunch of folks credit for handing over $1 million of taxes when in fact those folks handed over $0 of taxes, the state is now short $1 million.  Previously the PA version (EITC) had a cap of $110; HB 800 increases that cap to $210. More alarming still, HB 800 lets that cap grow automatically by 10% per year.

Remember, the cap amount is the size of the hole that the program blows in the state budget. Theoretically, the state could make up that shortfall by, say, cutting legislator salaries. But mostly what happens is that the money is cut from education funding. That's a tough push for Pennsylvania, which ranks close to the bottom for state funding of local school districts. That means that local districts pick up most of the tab, which means that how well-funded a district is depends largely on local taxpayers, which is why Pennsylvania has a gaping chasm between rich and poor districts. (You'll see some folks talk about how high PA ranks in per-pupil funding; what you need to remember is that the figure is an average, and that most of that money is coming from local taxpayers, not the state). The point is, anything that further undercuts state spending puts more weight on local funding, which some districts are in no position to significantly improve (not to mention that PA has a cap on how far school taxes can be raised each year).

EITC (and Opportunity Scholarships, yet another albeit smaller voucher program in PA) are sold as lifelines for poor families. The cap for family income is $95,000. The median Pennsylvania household income in 2017 was $59,195.

The mechanism of an educational tax credit allows the state to pretend that it is not spending tax dollars, but of course it is. If you owe me a hundred dollars, but you give $100 to a bookie because I say it's okay, then I'm out $100 just as surely as if I'd handed it to the bookie myself. The Pennsylvania legislature proposes to spend another $100 million, not on infrastructure or fixing PA's pension mess or trying to equalize PA's screwed-up funding system, but instead to spend that money on private schools that operate without oversight or accountability, and which remain free to reject students for virtually any reason.

The governor has said that he will veto the bill, but he also has the option of sitting quietly and letting it become law. If you're in Pennsylvania, call or write and encourage him to drop the ax on this money-laundering, law-mocking, theft of pub lic tax dollars.
Posted by Peter Greene at Wednesday, June 12, 2019