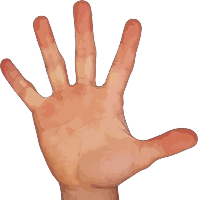 Honestly, I had thought that vouchers were pretty much dead and gone and living only in the hearts and minds of determined free market cult members. But since it looks like DeVouchers are on the fast track to Policytown, I want to just list, without a lot of fanfare or my usual gumflappery, the reasons I believe that vouchers are Really Bad Policy. So here's a quick list of five reasons to oppose the policy.

Turns out that in practice, vouchers have mostly been a subsidy for people who send their children to private religious school. I think separation of church and state is a hugely good idea, and I think it's a good idea both for the state and for the church. Using public tax dollars to finance private religious schools violates that tremendously. That should bother those schools more than it bothers taxpayers, because in the long run it can't lead anywhere except to government oversight of religious practices. I don't want to pay tax dollars so some Religious Academy can teach the Bible as factual history and flat earth as science, and I also don't want to see the Federal Bureau of Religious Education set up to decide which religious schools pass muster (including the faux religious schools set up by profiteering oportunists.

If your school wants my tax dollars to pay for student tuition, you had damn well better take every student who applies and fits. No turning away students just because you don't want to be bothered with them or because they're the wrong race or the wrong creed or not properly abled or they just might cost too much to educate. That is one mighty messed-up part of voucher programs-- my tax dollars go to finance the same school that refused to admit my child.

A voucher system is taxation without representation. The idea is that the marketplace is supposed to sort these schools out or pressure them to do develop a good aquatics program or tiddly winks team. But that means only parents have a say. If you are an employer or a neighbor or a fellow voter and taxpayer or a citizen depending on educated professionals to take care of you later-- well, you have no say in a voucher system. You still get to pay taxes, but you have no say.

It's not just the question of what is being taught in the schools. As a taxpayer, I'd like to know what my money is being spent on. So voucher schools had better be just as accountable as public schools. Public board meetings by known school directors. Transparent and fully open and available budgets and financial records.

5. Tell the Truth about Costs

It is amazing to me how rarely discussions and proposals about vouchers actually address the amount. Because that is everything. If the government announced that it was giving everybody automobile vouchers, folks would want to know whether the voucher was enough for a new Lexus or just a used Kia. It's pointless to discuss vouchers without discussing the dollar amount. If the voucher is one third the cost of tuition at a participating private school, it's pretty much useless as anything but a partial rebate to people who already send their students there. If it's a full-on, cover-the-cost-of-any-good-private-school voucher, then taxpayers might want to know how that voucher is going to be paid for.

A real voucher system would be expensive. Right off the bat, the day vouchers go into effect, a whole bunch of money moves even though not a single student leaves the public school. Where did that money come from? Did the public school just lose it, even though their expenses didn't change? Did the taxpayers just cough up a bunch of extra school tax money to pay for sending students to private school? Will the taxpayers pay more to fill the new gap in the public budget, or will they just be taxed for the vouchers directly? Were the vouchers underwritten by corporations who took a corresponding tax break, and now, because LexCorp directed a half million of its tax payment to voucher schools, taxpayers have to make up the difference in, say, road maintenance?

Vouchers, especially vouchers that are big enough to actually pay for some school, increase the total system cost for education. Where is that money coming from?

There's more to all this argument, most especially dealing with all the issues involved in privatizing one of our most important public institutions (yeah-- other than that, Mrs. Lincoln) but I promised myself I'd put up a short, clear listicle, so here it is. Vouchers are a huge mistake, even if they're being pushed at the federal level. Push back.