PA: Another District Clamping Down On Reading Rights

Penncrest School District is located in the NW corner of the state, located mostly in Crawford County. It's a mid-sized (around 3500 students K-12) district that was stitched together out of several very small rural districts.
Penncrest has been home to the occasional controversy. Like back in May of 2021 when a couple of board members got upset about certain books in the library.
Two board members got in a Facebook flap over a collection of LGBTQ+ books displayed at the Maplewood High School Library. Board member David Valesky posted:
Besides the point of being totally evil, this is not what we need to be teaching kids. They aren't at school to be brainwashed into thinking homosexuality is okay. Its [sic] actually being promoted to the point where it's even 'cool'.

Board member Jeff Brooks responded
There have always been gay students in our hallways. And unfortunately there have always been hateful voices looking to discriminate against them. Let's just be a little better today and not make kids [sic] lives worse by being hateful, bigoted and prejudiced. 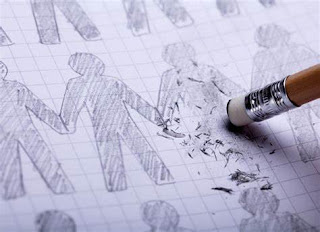 Valesky later told the local newspaper that "he was against the school 'pushing' such topics onto the students," and that schools shouldn't have anything to do with "kids determining their sex or who they should be interested in." Brooks expressed his opposition to censoring books at school and that schools "need to be a safe place."
That was enough to prompt an on-line petition to remove two board members that currently has 4,899 signatures.
Then there was the time they refused a teacher's request to go present at the state Pennsylvania Council of Teachers of English and Language Arts conference because some of the sessions at the conference sounded a little too critical race theory (her presentation was supposed to be about “Using Audio Analysis to Maximize Independent Reading Time”).
Penncrest is once again focused on limiting the reading rights of its students.

Back in May, Valesky held up the purchase of books for the library. In particular he singled out  the books "Global Citizenship: Engage in Politics of a Changing World" and "Nevertheless We Persisted: 48 Voices of Defiance, Strength, and Courage" as promoting Black Lives Matter. Other books on the list pertaining to racism that Valesky did not approve of include "Finding Junie Kim," "Genesis Begins Again," "Apple Skin to the Core," "Downstairs Girl" and "Fat Chance."

Valesky explained at the board meeting, as reported by the Meadville Tribune:
"I don't have an issue if we're giving books that's targeting education of the Civil War and slavery and there is racism even today, but this is obviously like shoving it down every corner," he said.

Valesky said there were four books on the list that "openly promote the hate group Black Lives Matter."

"That's a group that is for destroying," he said. "They aren't protecting Black lives."

Valesky said the resource list needed to be "well-founded" and said the current version was "definitely far from it."
So in July, the board adopted new policies about library materials, including this guideline
Library materials will reflect and support the district’s educational goals and academic standards. The library resource collection will take into consideration the varied interests, abilities and maturity levels of the students served in each school. Materials will be chosen to stimulate growth in factual knowledge, literary appreciation, aesthetic values and ethical standards. Materials will be chosen to represent diverse points of view on all topics.
So just the facts, literary stuff is okay, maybe "art," and "ethical standards," though no guidance on whose ethics exactly.
But that wasn't enough. In December, Valesky, who heads the policy committee, was back with more revisions and more naughty books.
One proposed change in policy is a ban on transgender students in sports (though nobody knows of any such athletes in the district).
The new library policy has a proposed addition of several paragraphs:
The district Recognizes there exists a vast array of materials with rich educational value. It is the District's objective to choose material that provides such rich educational content appropriate to students in the district over material that may provide similar content but with elements that are inappropriate or unnecessary for minors in a school setting.
Sexualized content that falls short of material prohibited by criminal laws is nonetheless generally inappropriate and/or unnecessary for minors in school. Parents/Guardians have a wide range of options outside of the district library system to introduce their child to sexualized content they deem appropriate for their child’s age. As such, the District will prioritize inclusion of quality materials suitable for educational goals and worthwhile for the limited amount of time available to students that do not contain sexualized content.
No Material in District libraries shall contain:
• Visual or visually implied depictions of sexual acts or simulations of such acts,
• Explicit written depictions of sexual acts, or
• Visual depictions of nudity- not including materials with diagrams about anatomy for science or content relating to classical works of art
Valesky came to the meeting with examples of what he wants gone, including Sara Gruen's "Water for Elephants," the basis for a 2011 Reece Witherspoon film; "Looking for Alaska," a John Green bestseller I've seen carried by umpty-gazzillion teen readers; and "Angus, Thong, and Full-Frontal Snogging" by Louise Rennison. Also on the list was "Beyond Magenta: Transgender Teens Speak Out," the book that helped prompt his "totally evil" Facebook post. Valesky even offered a McCarthy-esque presentation, according to the Tribune:
"I have a list of books here in my hand, if anyone would like to look at them, of books that are in our libraries that promote this garbage and absolute trash to students," he said before wishing everyone a Merry Christmas.
So, no sexy stuff, no nudity. It doesn't have to rise to the level of porn, and Valesky has made it clear that any depiction at all of LGBTQ persons is over the line. And if parents object to the school district banning these works for everybody's kids, they can just go get the stuff on their own.
Valesky is the point man on all this LGBTQ panic, but it would be a mistake to imagine that he is a lone voice crying in the wilderness. He was successfully re-elected in 2019. The December meeting featured many speakers objecting to the policy, but it also included some folks standing up to speak in favor, noting that "good people" wouldn't object to it. A speaker also notes that this language has been used in "many districts." (And if you want more, just check the comments).
The proposed changes should be up for a vote at the January 12 meeting. Expect some noise before then.
It's a small district far from big press and big city concerns. The selection of books for a school library is an issue that will always spark discussion and concern, but when a board considers erasing LGBTQ persons entirely or trying to convince young humans that sex is a big secret that they should never hear anything about or allowing the concerns of the most conservative members of a community to limit the right to read for all members--well, it's not just a local issue, and it is troubling. This story is being enacted all over the country; we'll see how this one plays out.
Posted by Peter Greene at Friday, December 30, 2022
Email ThisBlogThis!Share to TwitterShare to FacebookShare to Pinterest