Netflix's Reed Hastings Provides Example #534,215 of Why Free Market And Education Are A Bad Match

You've probably noticed that your various streaming services are providing an increasingly baffling batch of service levels. Now Netflix is about to join the fray by offering what they're calling an "as-supported plan."
Netflix Big Kahuna Reed Hastings recently explained in a NYT interview reported by Variety
“You’re right to say I didn’t believe in the ad-supported tactic for us. And I was wrong about that.” Hastings credited Hulu and founding CEO Jason Kilar (also former chief exec of WarnerMedia) for demonstrating success with advertising in premium video: “Hulu really proved that you could do that at scale and offer consumers lower prices, and that that was a better model.”
Hastings is also a long-time promoter of charter schools and choice, so when I read that quote, I immediately flashed on another "service" business that we could scale with a model for lower prices for consumers--charter and private schools.
In the world of market driven school choice, there will, of course, be tiers. There is no market that doesn't do this, because one of the things the free market is good for is sorting customers and vendors into tiers. You can buy a Lexus or a used Yugo. Tiy can shop on Rodeo Drive or at Walmart. In short, free market choice really means that you can have all the choice you can afford. 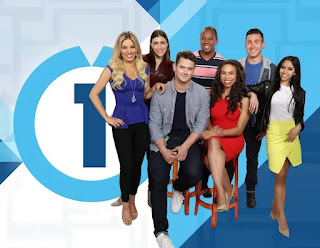 And for vendors who serve folks on the lower tiers, it's helpful to have alternative sources of income, to sell not just your product but access to your customer base, aka advertising.
So if I want to watch a full range of streamed content without being interrupted by stupid commercials, I can pay for the higher tier; otherwise, I can go low price and regular advertising. Thousands of executives at "legacy" tv channels are slapping their heads and muttering "No shit! What a brilliant idea." As well they might, because that's also how this part of free marketeering works-- you offer a unique business model at really low prices, and then once you've buried your competition, you change your model, including putting back some of the things your competition used to do.
Anyway, imagine this model for privatized free market schooling. Folks at pricey private school get, well, school. Meanwhile, on the lower tiers where students have to depend on meager voucher amounts and shrinking taxpayer subsidies, students get to attend "The Pepsi Corp Algebra II Class, brought to you today by Diet Pepsi." Consumers will get to enjoy lower prices while being soaked in advertising and marketing.
It's one of the unstated economic pressures to privatize. We now all know one lesson of the internet--if you are not paying for the service, then you are actually the product. If you aren't buying, then you're the one being sold. By that measure, school is filled with millions of student-products that are not being sold, a giant source of revenue that is just being left on the table and nobody is cashing in on all those young eyeballs and hearts and minds. Just because a bunch of parents and government types would object.
How much easier it will be to sell the idea once marketeers are dealing with other marketeers looking for revenue streams and not parents and educators with crazy ideas about service and protecting children.
This is not even a new idea--remember the whole idea of Channel One was "We'll show your students some news and you'll let us show them some marketing." Don't imagine for a moment that privatized school won't bring that "ad-supported model" back the first minute they think they can.
Posted by Peter Greene at Thursday, December 08, 2022
Email ThisBlogThis!Share to TwitterShare to FacebookShare to Pinterest