As more and more of these rear their heads across the country, the language gets sloppier and -- well, just bad. Recently approved by the Senate and previously okayed by the House, Arizona's HB 2161 throws a new verb into the mix-- usurp.
As in, no political subdivision of the state or any other government entity or any official etc (because in this phrase, the bill's writer was exactingly detailed and thorough) "shall not interfere with or usurp the fundamental right of parents to direct the upbringing, education, health care and mental health of their children." 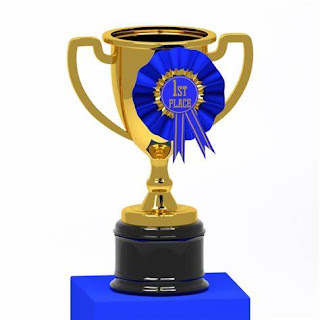 And if that seems hugely broad and vague--well, it gets worse. Because the very next sentence says that a parent may bring suit against the "government entity or official" based on any violation of the statutes or action that "interferes with or usurps the fundamental right of parents to direct the upbringing, education, health care and mental health of their children."
There are other special parts of the bill, but the "usurp" clause is the worst. Between "interfere," "usurp," and "upbringing," this would appear to forbid teachers (and plenty of other school and government workers) from ever contradicting a child's parents ever. There is a clause that allows the state to violate this if it has "compelling interest" in doing so (say, presumably, keeping a child from having the hell beat out of them at home for coming out as LGBTQ)--but the burden of proof is on the state actor. But mostly the bill gives parents spectacular micro-management powers.
It's not just that teachers can be taken to court for, say, suggesting that a same-gender couple is ordinary. Use a Mickey Mouse sticker on papers and get nailed by a parent who wants to bring their child up without Disney. Say something positive about a salad and be taken to court by a parent who is bring up their child to be anti-vegan. I would like my children's upbringing to be free of all Paw Patrol references; you had better not make an approving comment about the kids in my child's classroom who have Paw Patrol backpacks.
This proposal is broad and nut and, like all broad, nuts proposals, is destined to be trolled. I am bringing up my child in a religion-free home, so their teacher better not say a single word about Christmas. I am bringing my child up to appreciate all diverse backgrounds, races, faiths, and gender orientations, so if you don't include all those elements in my child's classroom, you are clearly "interfering" with my right to control my child's upbringing.
In fact, I feel confident that this law would absolutely guarantee that every single teacher in every single district would be vulnerable to being dragged to court. Now, this being Arizona, that may well be a feature rather than a bug (just close down the public schools and give every kid a voucher for a school in which their parents are never, ever contradicted).
There are other bad provisions, like making teachers submit assignments to parents for approval a week ahead of time, but they are just the rancid icing on a poop cake.
Congratulations Arizona legislators--this is absolutely the worst parental rights bill that anyone has concocted so far. I would give you a prize, but I'm afraid some of your parents might have raised you to not believe in those kinds of prizes, and I don't want to end up in court.
Posted by Peter Greene at Wednesday, April 20, 2022
Email ThisBlogThis!Share to TwitterShare to FacebookShare to Pinterest