This is not new in Pennsylvania, where pushing for an ESA voucher program is an annual activity (here's 2017 and 2018, for examples). ESAs (aka vouchers on steroids) are the current preferred approach of public ed privatizers. 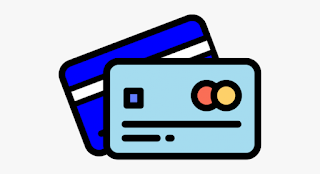 The Commonwealth Foundation, a right wing dark money advocacy group tied to ALEC and the State Policy Network, was right on this story later the same day, deploying the current assortment of arguments. The quality of a child's education should not be determined by their  zip code (but that certainly doesn't mean that we should make sure that every zip code has the funding and support necessary to achieve excellence). Americans love school choice (but not when we call them "vouchers," which are clearly a public subsidy for private school, so you won't catch us using the V word). And this year, the hot new talking point is "Boy, those pandemic test scores are low!" Which fits with the standard choicer technique of arguing strenuously that that problem right there is really bad, without ever making a case for why their preferred solution would actually fix anything.

The bill is HB 2169, and it follows the usual pattern for such bills.

Standard foot-in-the-door style for choicey legislation is to set it up strictly to rescue those poor children at "failing" schools. Students are eligible for this bill if they attend a "low-achieving school," which is a special dodge because PA defines "low-achieving school" as "a public school that ranked in the lowest 15%" of elementary or secondary schools on the annual Big Standardized Test. So even if every school in the state did awesomely this year, 15% would still be "low-achieving" schools. Fun fact: "this term does not include a charter school, cyber charter school, or area career and technical school." In other words, by state definition, a charter school cannot be low-achieving.

The money is handed to a third party program manager, who takes their cut and hands the money off to parents (because that way the state isn't actually directly funding things like, say, religious schools). The parent gets access to an account (perhaps via debit card) and the money can be spent for the usual approved items-- tuition and fees for a private school, textbooks, uniforms, fees for an SAT-ish test, instructional materials, hardware, software, special services, and the ever-popular "other valid educational expenses." Parents get the chunk of money and go shopping for education products.

Parents may not get a kickback from the vendor. They can't put their own money in the account, but they can use as much of their own (or someone else's) money as they wish.

There are safeguards for the vendors themselves. The voucher can't be considered financial assistance for the vendor, nor does participation in the program make the vendor a government actor. And a whole subsection underlines that "participating entity autonomy" can not be infringed on in any way. In other words, when you use the voucher to send your child to a private Christian school, they can accept your child knowing that the government won't make them follow any rules or change any part of how they operate. Also, when they reject your child for whatever reason they like, they government still won't bother them.

Along with that, there are minimal-to-none standards for oversight and accountability. The auditor general is required to conduct audits of the accounts annually checking for cases of "fraudulent misuse"; there is no requirement for minimum number of audits to conduct. Vendors have to comply with some non-discrimination rules and provide parents with receipts for how the money is spent; if they're going to collect a lot of money, they might have to meet some financial standards.

There are no requirements that the vendors actually do a decent job. Despite the fact that the stated purpose is to rescue students from public schools that aren't giving them an education, there is nothing in the bill to provide assurance or checks that the vendors that parents have paid (with taxpayer dollars) have provided the student with a decent education. Under "academic accountability standards," we get a requirement that parents must let the state know when the child has graduated, a requirement that FERPA is followed, and that parents fill out a "satisfaction survey" each year.

That's it. If taxpayers want some assurance that this rerouting of tax dollars has resulted in better education for the students that Commonwealth Foundation is so concerned about--well, no such assurances will be forthcoming.

All of the above is par for the course, such as we've seen in other states. The funding of the vouchers includes a curious feature. Typically an ESA gifts the family with whatever monies the state was going to send to that student's local school district. But this bill throws in an extra wrinkle-- the amount in the ESA will be determined with this formula:

Which means that some districts will lose less than their actual per pupil state funding, and some will lose more. Commonwealth Foundation estimates that will make about a $6,700 voucher for students; they also claim that $19,200 is the total spending per student-- I have no idea where that figure comes from, as per pupil spending varies wildly from district to district in PA, giving us one of the most inequitable funding systems in the country. We just had a whole lawsuit over this. It would cost a ton of money to fix it.

I suspect the $19,200 number is mostly to say, "Look-- losing $6,700 wouldn't hurt districts all that much, but there are districts where the per pupil spending dips down close to $11K. The state only contributes an average of around 33% of district spending, with the rest made up by local sources, which is why rich districts can be rich and poor districts can't.

In other words, the poorer the district, the more they depend on state funds. And guess which districts tend to fall in that lowest 15%, so that the districts that are most likely to be hit by these vouchers would be the ones that can least afford it. Meanwhile, $6,700 is not going to fund a whole lot of private schooling.

And as always, it cannot go without mentioning that a student can only use a voucher to attend the private school or vendor of their choice if that vendor accepts them. This is school's choice, not school choice.

Like all voucher/ESA plans, this defunds public schools while giving parents little choice and taxpayers no accountability. Parents get no back-up; just a small chunk of money and a wisg for good luck from the state as it washes its hands of them.

The bill came out of the House Education Committee today (all R but one voted for it), had its first reading in the house, and was tabled, which means it can be removed from the table by direct action or will automatically pop back up in fifteen days. If you're in Pennsylvania, now would be a great time to get ahold of your representative and ask them to kill this bad idea of a bill.

Posted by Peter Greene at Tuesday, March 29, 2022
Email ThisBlogThis!Share to TwitterShare to FacebookShare to Pinterest