This is exactly the kind of boring policy wonk stuff that can make ordinary humans nod off. But it;'s worth paying attention to. It's even worth giving the feds your two cents. I'll tell you how at the end of this. First let me explain what's happening. 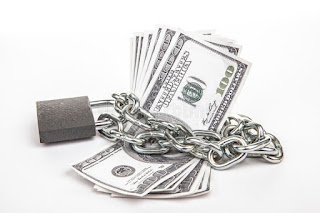 The Charter Schools Program (CSP) is a federal grant program that gives charter schools money both for start-ups and expansions. It's a big, beautiful federal tax dollar gravy train, and it's been running for many years through many administrations. The first batch of granty largesse was disbursed in 1995; since then something like $4 Billion has been thrown at charters, with decidedly mixed results. A report from the Network for Public Education found that about 1 out of every 4 dollars ($1 billion) had been spent on fraud and waste, including schools that closed within a year as well as schools that never opened at all (spoiler alert: no, the taxpayers don't get their money back when that happens). Despite all that, the gravy train is still running, this year to the tune of about $440 million.

But if we're going to do this, couldn't we at least institute a few rules for getting the grant money? That's what the Biden administration is proposing right now, and we are all invited to offer our thoughts before the proposed rules are adapted and/or adopted.

The language of the proposal is about priorities--in other words, if you meet these certain guidelines, you score more points in the Give Me Some Grant Money contest-- and application requirements. So let's take a look at the proposed language and see what we've got, because some of this is good and some of it could be better. First, there are two proposed priorities.