ME: Another Assault On The Church State Wall

Having failed to win popular votes, voucher supporters this year are turning to legislatures and courts to push and expand vouchers, and a lawsuit in Maine is the perfect vehicle for them.

Maine actually has a voucher-ish law on the books-- if you don't have a high school in your town, then you get tuition paid to a high school elsewhere. Unless, the law says, you want to choose a religious school. 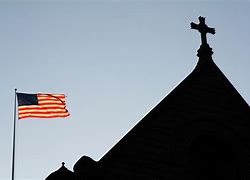 So here comes the lawsuit. Three families sued the state's commissioner of education over the restriction, using the now-familiar argument that the tuition law  “violates the principle that the government must not discriminate against, or impose legal difficulties on, religious individuals or institutions simply because they are religious.”

As usual, the families are represented by a pair of firms that specialize in this sort of lawsuit. The Institute for Justice specializes in activism, litigation, and legislation; their issues are economic liberty, first amendment, private property and educational [sic] choice. They're a libertarian organization founded by two Reagan-era government guys with a push and seed money from Charles Koch. The other firm is First Liberty Institute, a Christian conservative firm based in Texas.

When the case was first filed in the summer of 2018, they plaintiffs were hanging their hopes on Trinity Lutheran v. Comer, the 2017 SCOTUS case that ruled the state couldn't withhold a playground paving grant from a church. Since then, we've had Espinoza v. Montana Department of Revenue, which even more explicitly placed the exercise clause over the establishment clause.

The First Court of Appeals ruled against the three Maine families, upholding Maine's restriction on using public tax dollars to support a private religious institution. The firms families determined to appeal to SCOTUS.

That was last October. But yesterday, the 2nd Court of Appeals ruled against the state of Vermont, saying that local districts cannot exclude religious schools from its voucher program. This time it's the Alliance Defending Freedom doing the litigating; this is a right-wing religious outfit that just entered the news by defending a teacher suspended for refusing to follow his district's policy on trans students. ADF's spokesperson says of the Vermont decision, “Today the court powerfully affirmed the principle that people of faith deserve equal access to public benefits everyone else gets,” which sticks with the framing that this is about the rights of parents and not the rights of taxpayers.

So now the Maine lawsuit folks are feeling like they have some wind in their sails and are hoping SCOTUS will hear their appeal. At this point, it seems realistic to assume that SCOTUS will side with the plaintiffs and further wreck the wall between church and state and trample on the establishment clause.

That will end poorly for everyone. There are only a few possible outcomes of such a decision.

Proliferation of bad and discriminatory schools. We've already seen this in Florida, where taxpayers fund schools that are aggressively anti-LGBTQ+, as well as schools that teach junk instead of science, turning out citizens, employees and voters whose low-information views of the world become a problem for their community. Or perhaps the good Christian taxpayers of your state will find themselves paying taxes to support a Shariah Law High School. Or maybe your state, like Iowa, will even get its own push for a Satanic High School.

Taxation without representation. Taxpayers will increasingly find themselves funding schools over which they have no say whatsoever. Taxpayers will retain the power to shut off the spigot; will they look at the voucher system they've been stuck with a vote not to fund it?

Regulation. Perhaps the taxpayers will instead demand accountability, a feature that many current voucher bills and laws work hard to explicitly leave out. An uprising of students who have been discriminated against could lead to a spate of laws regulating private religious schools that take public taxpayer dollars. Personally, this doesn't strike me as the most terrible outcome, but I suspect folks in the religious school biz might disagree,

Government oversight of religion. After the Satanic High School opens or some grifter is caught running a fake religious school or the Church of the Flying Spaghetti Monster comes to town, maybe it will be time for a government body to certify whether or not the religious school is a legitimate religion.

Religious folks do, of course, have a right to set up their own schools to reflect their own value systems. They don't have a right to make everyone else pay for it. And it's particularly odious to make people finance a religion that can only (apparently) fully and freely be expressed by discriminating against those same people. But nobody is saying these folks can't choose a religious school; only that they can't choose it at public expense.

The First Amendment means that the government shouldn't pick winners and losers in the religious sphere; it doesn't mean that everyone should have to finance all religions no matter what. Here's hoping that SCOTUS does the right thing and just lets this case sit where it is.