We live in an era in which companies grow primarily through acquisition, and what looks like a world of options is just many limbs of the same animal. Here's one more display of what the sausage family looks like.

This journey starts with a simple question-- here at the Institute, the CMO (chief marital officer) pulled out one of her programs from school and asked, "Who are these guys, anyway? I was trying to follow up on them and ended up on some other site entirely," knowing that I'm always interested in these sorts of questions. So stay with me here:

These guys are the creators and publishers of Vocabulary A-Z, a program from the Learning A-Z family of education-flavored products focused on lots of ed techy solutions. They are "an education technology company dedicated to expanding literacy through thoughtfully designed resources," which is good, because wow do I hate those other thoughtlessly designed resources. They focus on the PreK-6 market; the product family includes Reading A-Z, Science A-Z, Writing A-Z, Vocabulary A-Z, Raz-Kids, Raz-Plus, Headsprout and some big collections of materials. 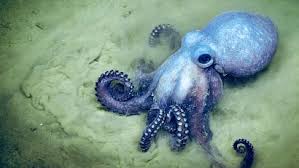 Learning A-Z was founded in 2000 by Robert Holl, who was president of the company for a couple of decades. Holl taught for ten years, then left to get into the publishing biz, working for Addison-Wesley, Scott Foresman Publishing, and the Wright Group. And if Headsprout seems out of place on the list of products, that because they were acquired in 2013 by Learning A-Z; Headsprout itself had been acquired by Mimio, which was purchased by Skyview Capital LLC earlier in that same year. Mimio is still out there, now best known as the Boxlight people and are busy in the interactive whiteboard field.

Meanwhile, in 2004, Learning A-Z was acquired by ProQuest, who also acquired ExploreLearning and Voyager Expanded Learning. But then they sold off most of their content to Cambridge Information Group and changed their name to Voyager Learning Company.

Up a level, we find that the Learning A-Z family of products is actually owned by Lazel Inc. When we start looking at these guys, it gets a bit more complicated because...well, they are based in Tucson, AZ, Robert Holl's home town. But for business purposes they are also based in Dallas (we'll explain why in a moment) and are incorporated in, of course, Delaware (if you wonder why that's common, here's an explainer. Short answer--taxes and very, very friendly court system).

Lazel's treasurer is Barbara Benson, which makes perfect sense because she is the CFO for the next level up.

Founded in 2003 as Cambium Learning Technologies, it has been a gobbling monster. We'll get back to the list in a bit, but remember Voyager Expanded Learning? They merged with Cambium in 2009, spawning Cambium Learning Group.

Cambium's CEO is John Campbell. A Wharton School graduate, He worked for Commodore (the computer company--oh, C-64, how sweet you were back in the day), tech director for Tribune Media in Chicago back in the late 90s working on the tech strategy for the education publishing subsidiaries, McGraw-Hill (Breakthrough to Literacy was apparently his baby), and then in 2004, became senior VP of ProQuest. From there it was on to COO of Voyager Expanded Learning and then leadership at Cambium. His "about" on LinkedIn tells you where he sees his priorities:

Experienced CEO having increased the value of the company by 14.5x in 5 1/2 years. Managed the company from a being a public company to a private company owned by private equity.
Experienced in M&A, having led many successful acquisitions, including Learning A-Z, ExploreLearning, and Time4Learning.
The leadership team is about what you'd expect, with a Chief Marketing Officer, Chief Technology Officer, Chief Legal Officer, and, charmingly enough, a Chief People Officer. And the corporate argle bargle flows freely. The current president of Learning A-Z, whose background is in edu-biz marketing, starts her bio like this:
As an ardent change agent and leader serving the education market for over 20 years, Lisa O’Masta brings her passion for education and commitment to effective student outcomes to every organization she serves. As President for Learning A-Z, Lisa works to energize and evolve the market-leading, digital-first organization in service of K-6 students.
So who belongs to the family of "educational essentials"?
The Cambium Family
Voyager Sopris Learning is now run by Robert Holl, and it is its own web of various programs and companies dealing with literacy, math and professional development. Lexia Rapid Assessment is one of theirs, because Lexia Learning is also part of the Cambium family. The "sopris" and "voyager" names both have a tangled corporate history.
Kurzweil Education is the oldest member of the family, tracing its history back to Raymond Kurzweil and his machine that could do text to speech back in the 1970s (Cambium brags that Stevie Wonder was Kurzweil's first customer in 1997). Cambium bought them in 2005.
Time4Learning provides online homeschooling curriculum. Cambium picked that company up by also buying VKidz; the two were started by John Edelson in his own home in 2004. Vkidz "partnered" with private equity group VSS in 2016, then was glommed up by Cambium in 2018. Vkidz no longer exists as its own brand under Cambium, but Edelson is still the president of Time4Learning out of Ft. Lauderdale.
ExploreLearning is a math-and-science-focused business. Computerized simulations called gizmos are their claim to fame. David Shuster got a BA and  PhD in applied mathematics from the University of Virginia, and went on to found this company 22 years ago. ProQuest grabbed them in 2005, and so they were part of the Voyager deal later on.
Lexia Learning came to Cambium as part of the package when Cambium bought Rosetta Stone (the language learning folks) in 2020; Rosetta Stone had acquired Lexia in 2013. In fact, it appears that Cambium bought Rosetta Stone only to get its hands on Lexia, it just announced its intention to sell off the language learning portion of Rosetta Stone.
Finally, Cambium also operates Cambium Assessment, which used to be the assessment division of American Institute for Research before Cambium bought them in 2019. You'll remember AIR as the folks who brought us lots and lots of awesome Common Core testing, first with the Smarter Balanced Assessment and later with varied other state-specific products (e.g. Ohio and Florida). And if you hated them when they were doing all that, you'll really hate their newest hot idea-- using AI to tag students as "at risk" based on testing responses. No way that could end badly, and their track record is super.
Update: h/t Bill Fitzgerald. I had missed that the Cambium Assessment "test delivery system" is used by the College Board for their digital testing. Cambium Assessment claims they "served" 38% of students in the U.S. Which means on top of everything else, between Cambium and the College Board, there's a heck of a data base in play here.
So while Cambium is no Pearson (not quite, not yet), chances are you've crossed paths with them at some point. But if you've been reading carefully so far, you'll have noticed we have one more level to climb. The leash on the octopus, as it were.
Veritas Capital
In 2018, looking to plant some investment in the ed tech space, Veritas Capital bought Cambium.
Veritas is a private equity company that's two whole decades old. Says their website, "We invest in companies that provide critical products and services, primarily technology or technology-enabled solutions, to government and commercial customers worldwide." But perhaps the scarier part, if you're a small tentacle they've decided to partner with, is this:
We seek to create value by strategically transforming the companies we acquire. Our sector focus and deep expertise are our competitive discriminators and allow us to identify and execute on multiple strategic levers that drive the performance of our investments.
They "employ an active approach to ownership and value creation," which has a pretty ominous Bond villainy sound to it. The world of acquisitions and mergers is a crazy world. You can play this who acquired whom game all day and never find a place that seems solid and stable.
Bottom line is this. If you're using any of this vast array of products, you're tapped into a network that involves layers and layers of management that is for the most part far more business oriented than education oriented--certainly not layers and layers of people who are thinking in terms of what a classroom teacher wants or needs or experiences. And the higher in the corporate layers you go, the more you find people who think the company's purpose is to create value and provide ROI to equity managers. Education flavored products are just a means to that end.
Posted by Peter Greene at Sunday, February 14, 2021
Email ThisBlogThis!Share to TwitterShare to FacebookShare to Pinterest