When I was teaching, and I had extra time on my hands, I would reflect on the work--the whys and hows and whats. So in solidarity with my former colleagues, I'm going to write a series about every English teacher's favorite thing-- teaching literature, and why we do it. There will be some number of posts (I don't have a plan here).

Also, it would be nice to write and read about something positive, and I don't know anything much more positive than what teachers do and why they do it.

It is easy to fall into the habit of thinking that school is about taking material in so that one can just spit it out again on command, like some bites of vegetable that one holds in ones mouth but neither chews nor swallows.

But it is useful to know stuff. Not in a get a good score on the test way, but in a live your life way. Yes, it's useful because it helps you understand the world and how to be in it (see #2). But there's more to it. 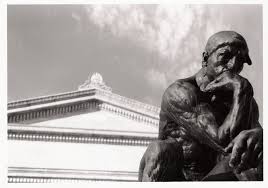 You can see patterns, and see that this thing over here is a lot like that thing over there. You can see that events over here are unfolding much like those events way back then. In my years in the classroom, I taught an awful lot by analogy, by examples. The foundation for that was my old-fashioned liberal arts education; I know a little bit about a lot of things, but not everything about anything. And to be able to pull in connections that meant something to my students, I read up on current youth cultury stuff (for a while I knew waaaayyyy more than I wanted to about The Hills).

I know a little bit about a lot of things the only way someone can-- I read. And that has made a difference in my ability to see patterns and similarities and differences, which are all things you absolutely can't do unless you know stuff.

It's useful to know stuff because it makes you harder to gaslight. If you don't know stuff, you're at the mercy of people who just make shit up and try to pass it off as truth. If you know stuff, you are innoculated against that.

If you know stuff, you get more jokes. Really. So much humor depends on the joke-teller being able to access the stuff you already know. The more you know, the more jokes you get.

There is no down side. Nobody ever says, "Damn, my life took a bad turn because I read too much, because I know too many things."

And here's the thing-- the more you read, the more stuff you know.

This is the beauty, the genius of writing at all. It lets you share your thoughts, your ideas, your knowledge, with people you can't see , don't know, will never meet or aren't even born yet. It is one of the biggest challenges we face as humans-- to communicate what we think and feel to other human beings, and it's hard enough with the ones right in front of us, but writing and reading let us bridge space and time.

The testing movement reducing reading to a bunch of skills has rejected the value of content, but in reading literature, content is king. To read is to learn, and knowing stuff is useful. And the very best part-- when you teach students about reading material with real heft and richness and value, you teach them how to teach themselves.
Posted by Peter Greene at Thursday, March 26, 2020
Email ThisBlogThis!Share to TwitterShare to FacebookShare to Pinterest