Why Market Forces Will Not Provide Charter School Accountability

It has been a rough day at my house. The IRS is auditing me and needs me to send them money now. My computer has a virus. My Microsoft Windows is expired and will shut down soon. And if I don’t re-enter my personal information, my email, Netflix, and bank accounts will all be shut down. The only good news is that I still have a chance to buy great insurance, and I’m still waiting to hear back from that Nigerian prince.
Why do phone and online scammers keep at it, long after the vast majority of folks have heard about the most common scams, and even your mother knows not to say “yes” to a robocaller? Why don’t these scammers think, “Time to change my business model?” Because if scammers get a return on even one hit out of 10,000, that’s more than enough to keep them in business. 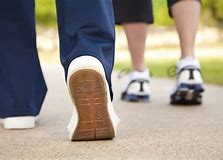 Charter school advocates have long argued that one reason that charters don’t need much formal government oversight is that they are subject to a greater accountability, that they must answer to parents who can “vote with their feet.” But the feet of charter parents don’t exert very much pressure.
The vast majority of charter school operators have nothing in common with phone scammers, but the same basic market principle applies.
Take, for instance, the Success Academy chain of New York City. New York City schools have an enrollment of roughly 1.1 million students; Success Academy has roughly 18,000, plus a waiting list. Over 1 million students have already voted with their feet against Success Academy, but there are no signs that SA head Eva Moskowitz is worried about tweaking the school’s approach to entice some of those million students to “vote” differently. She doesn’t need them. Nor do I suspect she’d bat an eye if even a dozen parents came to her and said, “Change this rule or we are pulling our kids out of here.”
A charter school doesn’t need to corner a market; it needs to attract just enough customers to keep the business going. Out of the large pool of possible students, it only needs a bucketful. It can even afford to push some potential customers away–to encourage them to vote with their feet–in order to make space for a customer who’s more to its liking. it doesn’t need to adjust its business model or shift its pitch to appeal to everyone. Yes, a charter that wanders seriously, disastrously into the weeds might manage to put itself out of business, but in some cases even flagrantly bad charters have pulled in enough loyal customers to keep going.
And charters have another advantage–in addition to the large pool of students already available, there are fresh new customers aging into the market very year.
The notion that parents can exert some sort of accountability pressure on any but the most terribly run charters seems unlikely. It is one advantage that charters have over public schools; charter school families are easily replaced, while public school families are not. A charter school doesn’t need to serve the entire market; a public school does. Public schools are tasked with keeping everybody happy; charter schools just need to reach enough families to fill the seats they have. There are certainly many tools available for holding charters accountable, but voting feet are not among them.
Originally posted at Forbes.com
Posted by Peter Greene at Saturday, November 02, 2019
Email ThisBlogThis!Share to TwitterShare to FacebookShare to Pinterest