Why Charter Schools Must Waste Money

Back in March, the Network for Public Education, a public education advocacy group, released a study showing that the Department of Education has spent over a billion dollars on charter school waste and fraud. Education Next, a publication that advocates for charter schools, offered a reply to that report. The rebuttal to the rebuttal just appeared in the Washington Post, but there is one portion of the Education Next piece that deserves a closer look.


Charter schools should be held accountable for performance, which requires closing them when they don’t meet standards. Even with the best plans and under the ideal circumstances, opening a charter school is difficult. Charter Schools Program funding is intended to serve as seed capital to encourage innovation, and some experiments will fail. That is expected.

This is part of the premise of corporate education reform--that schools should open and close and rise and fall just like a car dealership or a food truck. For these fans of choice, having schools closed down is a sign that the system is working, not a sign of failure.


There are several problems with this feature. 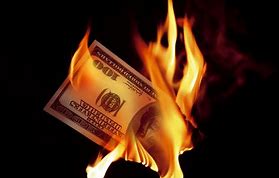 One is the disruption for students. Being booted out of your school (especially if it happens suddenly, unexpectedly, and in the middle of the school year) is not like discovering that your favorite taco truck isn't at the corner today. Families have to find a new school. Students are wrenched out of familiar surroundings with familiar teachers and school friends. Being the new kid in school is socially isolating. Learning to live by a whole new set of rules is troubling. For a child, having a school close is not some sort of bloodless market adjustment; it's a disruptive and disorienting experience.
Another problem is the sheer waste of taxpayer dollars. In most states, a charter/choice system already rests on a financial fiction--that we can somehow run multiple school systems for the same money that was previously set aside to run just one system. What business has ever said, "Because we need to tighten our belts here at WidgetCorps, our next move will be to open more facilities." Choice depends on the Daylight Savings Time theory of financial resources--if we just shuffle them, maybe somehow there will be more of them.

But as the Education Next piece states, it's worse than that. The premise is not just that we can run multiple systems with the taxpayer money used to run one; additionally, we assume that we are going to take some of the money and just throw it away. The NPE report found that not only do some charter schools close soon after opening but that some charter schools never even open in the first place.


Imagine if a public school district proposed a tax increase and when the taxpayers asked what the money would be used for, the district said, "We plan to lose all of it. That's just part of our process."


One of the critical differences between charter schools and public schools is that charters can walk away, at any time. Education Next focuses on charters that fail and are shut down by their authorizers. They don't say anything about the many charters that shut down for business reasons. A public school must honor the community's commitment to provide a decent education for every student. Do public schools always meet that commitment well? No, but they don't get the option of saying, "Well, it's too hard, and we can't make any money doing it, so we're just going to quit. See ya!"


Public schools and charter schools both experience failure. But a critical difference is that for public schools, failure is a bug, a problem to be fixed. As Education Next argues, for charter schools, failure is a feature, and wasting taxpayer money is just part of the plan.
Originally posted at Forbes
Posted by Peter Greene at Tuesday, July 30, 2019
Email ThisBlogThis!Share to TwitterShare to FacebookShare to Pinterest