This post is week 8 of 8 in the 8 Weeks of Summer Blog Challenge for educators.

I've been doing the eight week challenge because why not? This is the final prompt, and like any good exercise, it calls for some reflection. Here's prompt #8:

What will you keep from the #8WeekofSummer Blog Challenge moving forward?

I've been trying to answer these from the perspective of my previous non-retired teaching self, but this is a tough one to twist around that way. But let's give it a shot.

I always carried things forward from my summer growth projects, but never as much as I meant to. 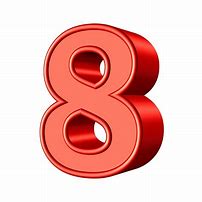 One of the benefits of summer vacations for teachers is that it gives you the breathing space you need to reflect on practices. During the school year, virtually all time is caught up in the dailiness of it, and no matter how much you want to carry over your new deep philosophical insights, it only takes a week or two to go from "What's a good pedagogical approach to including more reflection on the idealism of Romantic authors" to "I think if I hurry, I can get my copying done in that five minute break before third period. Also, I think I've figured out where to move those three guys on the seventh period seating chart so that they'll stop having fart contests." Starting the year can move you quickly from envisioning a moving, breathing image of the cosmos to simply feeling like you're trapped in a game of Space Invaders.

The things that always ended up being useful were the things that I fully learned. Not ideas that I carried around separately, still shiny from just having the wrapper pulled off, but things that were fully integrated into the grubby scuffed cabinet of Things I Know.

My own big cabinet has been getting a steady reorganization, as I integrate everything I ever learned about teaching into a different sort of context. I still think about teaching and, obviously, write about it, but without having to leap entirely into the dailiness of it (though I am, in fact, still married to a teacher).

Integrating matters to me because I see every Thing as part of the Big Thing. I'm not a believer that there's any part of human experience, no portion of our existence in the world, that is somehow disconnected and separate from all the rest of it. Life, the universe and everything is one gigantic elephant, and we are all blindly fumbling away at a toe, a leg, part of the tail, but everything is part of that same gigantic beast.

So for me, understanding something is about figuring out its connections to everything else. Also, nothing can be safely ignored because it just doesn't have anything to do with the rest of existence. It's all connected.

This was always hugely useful in the classroom. Analogies were my bread and butter, explaining one concept in terms of something closer to my students' home. And it helped me say "yes" to plenty of things.

I don't imagine that any of us had our world's completely rocked by the Eight Weeks challenge, but any exercise that gives you a chance to put some things together, to open up your brain and poke around a little-- those are always worthwhile.

So moving forward always meant folding together the Grand Ideas I had developed over the summer with the actual students and classes that I was facing in the fall. Little chats over the summer are fun, but figuring out how they connect to the actual work is important work all on its own.