Professional Education Services Group may be "the leader in Educational Staffing driven by a constant focus on the success of our Educational Partners through innovative, hand-crafted solutions that meet the needs of your local educational community" in almost 5000 schools across the country. But in Michigan, they failed hard. 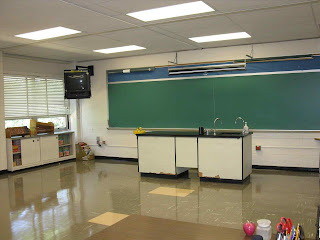 PESG sent out a letter last night letting about 100 schools know that the company was closing down immediately and would not be getting them subs for today. They are shuttering all Michigan operations.

Is there some sort of explanation? The head of the company had sent out a note to employees, indicating that the company had been seeking capital as well as negotiating with "a competitor" to be bought out. But it was not to be, because reasons:

"The urgency of the shutdown was exacerbated, however, when those negotiations broke down over the weekend due to unforeseen developments outside of our control," he said. "Without operating funds to stay open, therefore, the company is now forced to close immediately. Under the circumstances, we believed our only serious option was to notify you as soon as possible."

Most of the affected districts, including the large Dearborn district, were scrambling to make plans. PESG said 1,500 to 2,000 substitute teachers were affected. Some of these districts still have contracts with PESG, so we may see some court action before the smoke clears.

This, of course, is what you get when you let a business have a piece of the education pie. Does this kind of sudden shut down make sense? Was the company down to its last $150 last week but they figured it would all work out anyway, or is this "immediate" shutdown necessary to protect the business's remaining assets. Who knows. All I know is that a school district would do-- well, exactly what the districts are doing, which is to put their heads together, rig something up, and generally move heaven and earth to make sure the needs of students are met.

Substitute services have a spotty record. Philadelphia tried privatizing its substitute pool, and the results were ugly. Districts find sub outsourcing attractive, but for substitutes it's a pain-- one more layer of bureaucracy to deal with, and another hand out to cut into your check before it gets to you. Some services can even be insulting-- a local district just handed its sub pool over to a company (rhymes with "smell") and now subs who have already been working for years are told they need to take some special smelly training. I have no figures on how many subs walk out when a new subcontractor walks in, but the number can't be inconsequential. To recruit more people, you need to make the job more attractive-- adding a subcontractor to the sub teacher biz hardly ever makes the job more attractive.

All districts know at least one solution, and some larger districts actually embrace it. You hire full time subs. You put Mrs. McSubteach on full salary, have her report to work every day, and plug her in wherever, and you never have to worry about her being poached for the day by some other district. But that costs money, and districts want a cheap solution.

Privatizing is not that solution. 500 subs cost less than 500 subs plus a corporate payroll for the company that took the work over. You don't make an operation cheaper by adding more mouths to feed.

The substitute recruitment problem cannot be solved by making the job less attractive, and privatizing is not a solution, either, as many schools in Michigan are finding out today.