IN: Parents And Their Rights

Indiana is one of several states that has some version of a Parents Bill of Rights, in their case "released" back in June by the state Attorney General Todd Rokita, a GOP politician who hoped to follow in Mike Pence's footsteps, but couldn't quite make it. AG was kind of his political comeback. Democrats called the Bill of Rights a continuation of his 2024 gubernatorial campaign. 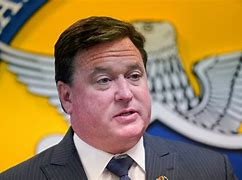 Rokita says, “Education policy and curriculum should reflect the values of Indiana families while meeting the mandatory requirements set forth in law." And in fact this particular batch of rights is mostly about being able to overrule your child's school:

*To question and address your child’s school officials and school board members at publicly designated meetings with proper notice of the meetings provided
*To question and review the curriculum taught in your child’s school by questioning local school boards and school administrators
*To expect that the academic curriculum taught in your child’s school aligns with Indiana and federal law
*To participate in the selection and approval of academic standards for the State of Indiana
*To obtain educational materials and curriculum taught to your child in the classroom
*To run as a candidate for your local school board
Rokita has heard first hand from parents around the state (because these kinds of laws/rules/edicts are always handed down because "some people told me they really want this" and never" because it suits my personal ideology" or "because I think this will be good for getting votes) and they are concerned about "the ideologies being imposed in their child's school curriculum."
It's an interesting stance to come across during Labor Day weekend, a weekend marked by articles reminding us that child labor laws ended the notion that children were the property of anyone--not employers, not parents, not anyone. It's also part of the general picture of education in Indiana, where voucher schools include a variety of schools teaching that evolution never happened, that Black Lives Matter causes racial strife, and that "black immigration" is how all those Black folks got here. Also, even though slavery was bad, "much was done in the name of abolition that was as evil as the institution of slavery itself."
So we end up with this weirdly tilted system where a parent can complain that their child is being exposed to "critical race theory" stuff, even as tax dollars go to private schools that teach the very biased view of history that CRT aims to point out.
Meanwhile, of course, if you're not a parent, but just a citizen, taxpayer or employer who has thoughts about what students need to learn in order to take a spot as a responsible member of society, you get no say at all. It is parents who get the tools to craft a version of reality that suits them, everyone else be damned.
Sigh. It's not that I don't get it--at least sort of. You raise your babies and you send them out into the world and you give control of a part of their lives over to people who are not you, and that is scary. But if your world view is so fragile that exposure to any single contradictory viewpoint jeopardizes it, maybe you need to reconsider.
Posted by Peter Greene at Tuesday, September 07, 2021